I think the most interesting question you can ask someone who identifies as pro-choice is whether they think abortion should have any restrictions at all. The phrase “pro-choice” means something different to almost everyone, and nothing reveals that quite as quickly as asking about when it’s okay to restrict abortion. For example, I was surprised to find out that two students from a college Planned Parenthood club were uncomfortable with third trimester abortions. Clearly, they weren’t just following the party line!

Maybe one of the most common responses when asked about restrictions is that “people should be able to have abortions, but they shouldn’t be allowed to use it as birth control.” There’s a certain image they seem to have in mind when they talk about abortion as birth control: an imaginary woman who doesn’t use contraception and keeps coming back for more abortions every time she gets pregnant.

Leaving aside how problematic their mental image might be, this restriction seems like a common ground point; after all, we don’t want women to use abortion as birth control, and they say they agree. But the agreement is only at the surface level. We’re using the same words to mean completely different things. As my contract law professor said, there’s no genuine “meeting of the minds,” so there isn’t any actual agreement. 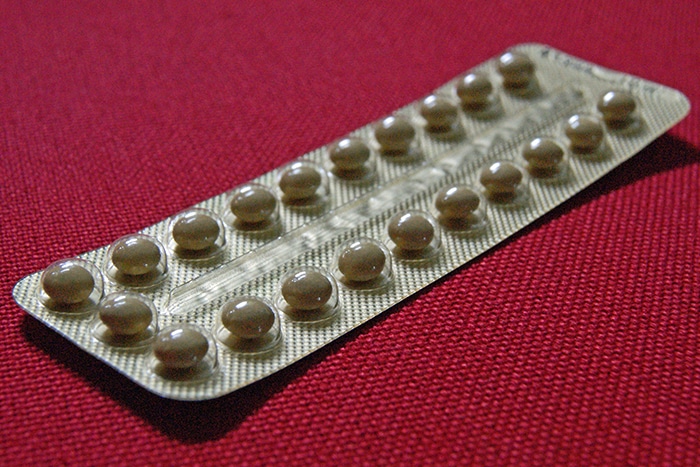 What Is Birth Control?

People can use more than one kind of birth control, even for a single sex act. For example, a couple could have sex using both a diaphragm and spermicide, or they could use Plan B after the failure of another method. Let’s group these methods by level: the first or main thing (e.g., the diaphragm) is the primary birth control, the second (e.g., spermicide) is secondary, and a further backup (e.g., Plan B, abortion) is tertiary.

Note that I’m not sorting this by effectiveness or how the effect is achieved. Primary is just whatever is the first method used, secondary is second, etc. Secondary and tertiary methods of birth control are just as much birth control as whatever the primary method is.

Why Should Women Have to Earn Abortions?

What’s more, it’s unclear exactly what other birth control would be effective enough to satisfy this arbitrary requirement. Would spermicide alone, which has 82 percent efficacy with perfect use, be good enough to justify abortion if it didn’t work? Or would you need something with 99 percent efficacy, like a male condom? But wait! That’s only with perfect use; condoms are only 82 percent effective in typical use, the same as spermicide. Natural family planning can be 99 percent effective, but is usually only 76 percent effective. So, would you have to use your primary method of birth control perfectly in order to get to have an abortion, or is just using it at all good enough?

For this pro-choice position, the intent to prevent birth justifies any and all actions to prevent birth. The refusal to embrace birth control is considered irresponsible, so the “license” to have an abortion is suspended as one would suspend the driver’s license of someone with repeat DUIs (Driving Under the Influence). Even though the promise of widespread birth control is supposed to be fewer abortions, abortion is seen as the logical culmination of birth control use.

Are All Abortions Birth Control?

Perhaps it seems odd for me to argue that abortion is a form of birth control. I previously defended it on the ground that “no abortion as birth control” is meaningless otherwise. But as soon as we take “birth control” at face value—it means preventing birth, just like it says, rather than preventing conception—it’s impossible to exclude abortion.

Indeed, given the reasons commonly provided for choosing to have an elective abortion, there’s no reason to deny that it is simply a lethal form of birth control. Most women in Guttmacher’s study abort because they don’t want more children, because a child would interfere with work, or because a child would cause financial hardship; basically, for the typical reasons someone would use birth control.

This is all very interesting, but what do you do when you run into this view in conversation? Simple: you put on your pro-choice hat. Opposing abortion as birth control doesn’t work well with supporting abortion by right. The best way to make this clear is by pretending to be more (and more consistently) pro-choice than they are.

I know I’m pro-life, but I want to play pro-choice for a minute, because I think a pro-choice person might have a problem with your view. I think abortion is all about women’s rights. She should be able to do whatever she wants with her body, and that’s her business. So why should we get to tell her when she can and can’t use abortion? We shouldn’t be able to restrict her access to abortion, even if she refuses to use other birth control and gets pregnant a lot.

Use the inconsistencies in the desire of pro-choice people to limit abortion as primary birth control to build common ground and launch into the best arguments against abortion. Show the problems with their view, then, once you’ve pushed the other person to a more consistent position, show the issues that come from either bodily rights extremism or denying personhood to the unborn.

The post Abortion is Birth Control originally appeared at the Equal Rights Institute blog. Subscribe to our email list with the form below and get a FREE gift. Click here to learn more about our pro-life apologetics course, “Equipped for Life: A Fresh Approach to Conversations About Abortion.”