“Don’t Apologize to the Mob”

It’s really easy to forget the “relational” part of “relational apologetics,” especially when interacting online. It’s hard to remember that there’s a person on the other end of your comment or tweet. In dialogue, it’s critical to treat others with respect, even to give them a more-than-fair hearing. [Tweet that!] It’s the right thing to do, and it also makes you stand out if you treat people charitably in spite of deep disagreement.

Of course, this is hard to do, especially when you’re passionate and you believe your cause is just. You probably know “that guy” who knows all the arguments—he’s got personhood nailed, he has a whole magazine of bullets to bite for sovereign zone objections, and he’s memorized the entire De Facto Guardian paper—and he can’t wait to destroy the weak points of the opposition! It sounds funny to read, but too many people get excited about fighting for truth and justice against the new American way and forget that people normally have to want to talk to you in order for you to help them change their mind.

I don’t want to spend too much time here arguing against the destroy approach—I’ll just say that it’s somewhat fun but not helpful and please don’t do it—because I want to focus on a different question.

If you are a part of a dialogue-oriented outreach, you should be paying attention to who should be in a given conversation, and who should not be. 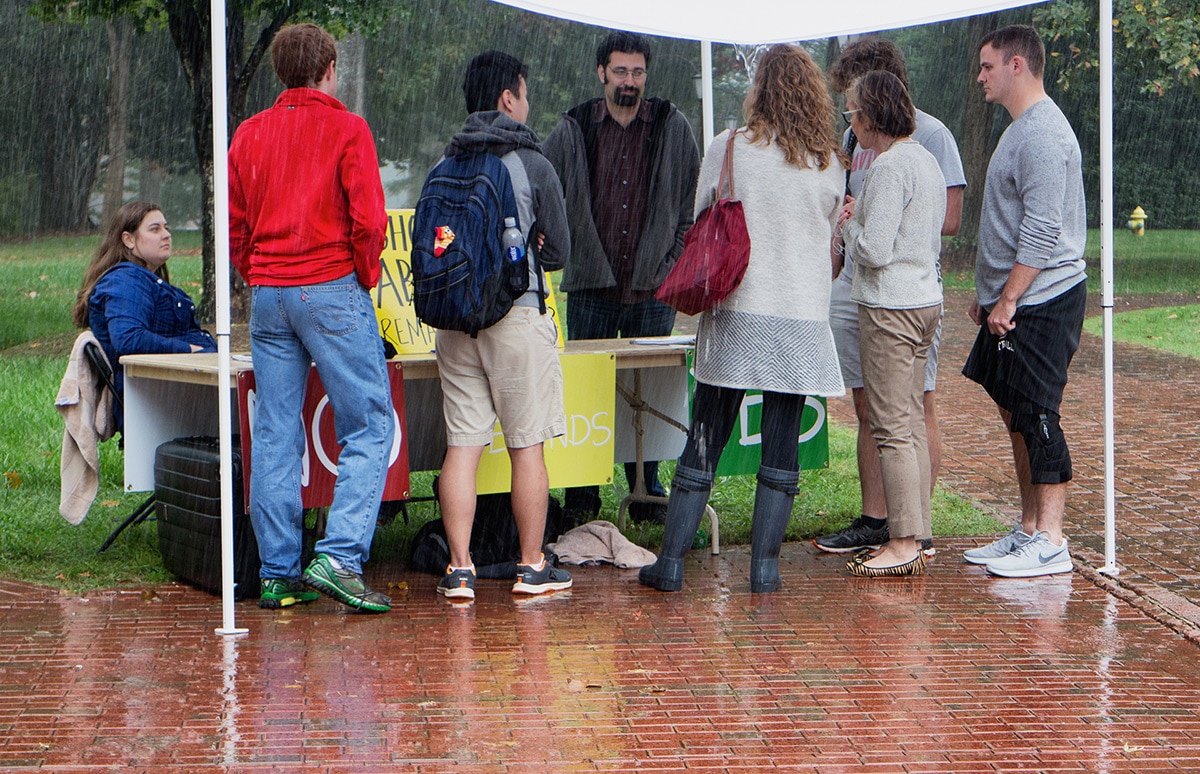 Josh Brahm (middle) talks to students at Davidson College while Rachel Crawford (left) watches. We don’t have a picture of the actual conversation in this article, but it took place in the same spot.

It was our second day of outreach at Davidson College and after having had several conversations, a lull swept over our area of campus while all of the students were in class. I went behind our poll table setup to take a short break with ERI staff member Rachel Crawford who was also sitting back there. We were talking about the dialogues we’d had that day. Two other male volunteers stood behind Rachel talking with us.

While we were talking, a young woman whom I will call “Alice” walked straight up to us to ask us what the point of our outreach was. I responded that we’re trying to help pro-life and pro-choice people to have better conversations with each other, to hear each other, to learn from each other, and hopefully help people get closer to finding truth on the subject. I then asked her, “What do you think about abortion?”

She confidently responded with a statement about being pro-choice, but instead of offering the logical reasons why she believes that, she started describing the abortion experience she had had only five months before. She also shared with us some very personal information about how she didn’t feel like her boyfriend was supportive of her through the process and how she didn’t talk to her friends about it either. She also shared that her parents had abandoned her as a child and that she had been raised by her grandma. She felt very alone in this situation and ultimately one of the staff members of the campus health center had to be the one to drive her to and from the abortion facility. The campus even gave her a loan to pay for the abortion, which she worked through the summer to pay off. 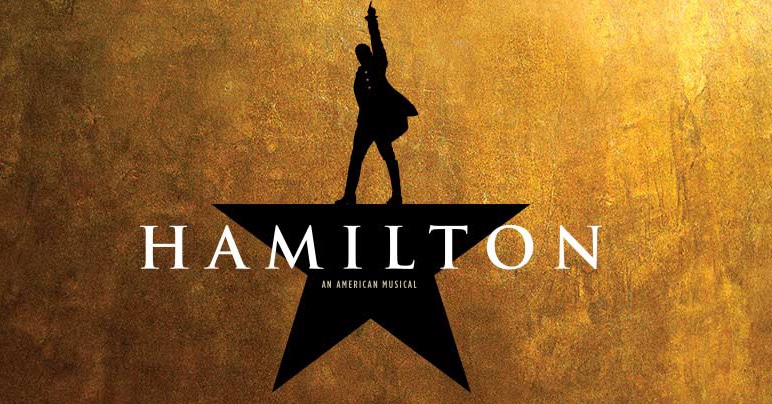 The character of Aaron Burr in Hamilton: An American Musical stands in stark contrast to the title character. Alexander Hamilton is brash, aggressive, tactless, and always reaches for what he wants, while Aaron Burr is polite, careful, and hesitant. When he initially meets Hamilton, Burr encourages him to:

Sadly, this line reminds me all too well of some well-meaning pro-life people.

Think of it in terms of a dialogue spectrum. On one side of the spectrum, pro-life people dialogue far too aggressively and tactlessly, and, because of that, they don’t usually persuade pro-choice people. Let’s call this “The Hamilton Approach.”

Many agreeable pro-life people wind up on the other end of the spectrum. They say little of consequence in their conversations, they don’t challenge people, and they just focus on being really friendly. Let’s call this “The Aaron Burr Approach.”

The problem is that the people who take the Aaron Burr Approach don’t accomplish much either. Sure, they’re less irritating than people who take the Hamilton Approach, but they don’t persuade anyone of anything because they’re too meek and cautious. 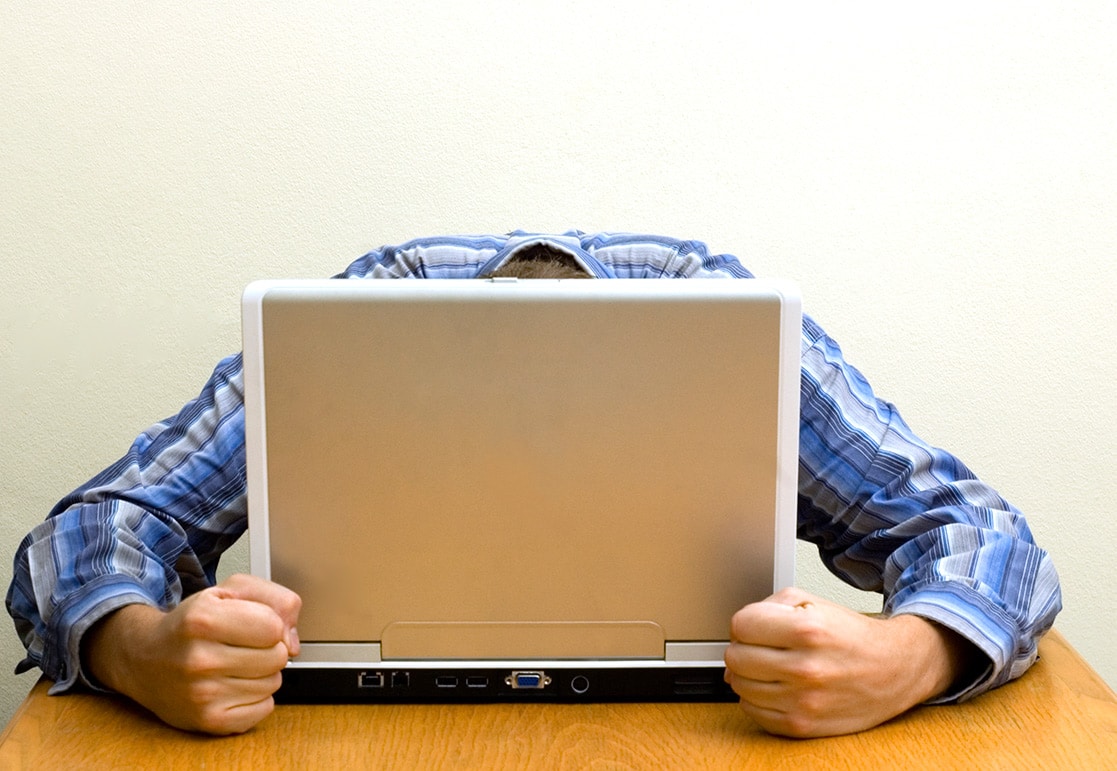 Sometimes your brain plays tricks on you. For instance, when you look at a stick in the water, it looks bent, even though it isn’t. Or, when you’re driving on a hot day, it looks like there is water on the road at the horizon, even though there isn’t. If you want to have true beliefs, it helps to know when your perception is untrustworthy.