I spoke at Stonebridge Church in Charlotte last month after they finished going through the Equipped for Life Course, to offer some practical tips on relational apologetics and take their questions. This is the audio from the Q&A portion of that event.

The new Center for Medical Progress video shows a conversation between two undercover journalists and an abortion practitioner, Dr. DeShawn Taylor. Dr. Taylor is the former medical director for Planned Parenthood Arizona. Here are the most important points to note from this video.

#1: Dr. Taylor strongly implies that she will kill a born infant that survives an abortion if she thinks she can get away with it

This is the most damning point in the entire video.

Buyer: Do you [use] dig[oxin to kill the fetus]?

Buyer: Because that’s the other thing, because dig[oxin] ruins the integrity of the specimen.

Dr. Taylor: Oh, I mean, so the thing is, it’s really, and then that’s really an issue because in Arizona, if the fetus comes out with any signs of life, we’re supposed to transport it. To the hospital.

Buyer: At any gestational age?

Buyer: Is there any standard procedure for verifying signs of life?

Dr. Taylor: Well the thing is, I mean the key is, you need to pay attention to who’s in the room, right? And like, you know, because the thing is the law states that you’re not supposed to do any maneuvers after the fact to try to cause [fetal] demise. So it’s really tricky. It’s really tricky so, most of the time we do dig, and it usually works. And then we don’t have to worry about that because Arizona state law says if any, if there’s signs of life, then we’re supposed to transport them. To the hospital.

Defenders of Dr. Taylor will be quick to point out that she never actually said she has ever killed born infants that survive abortion, which is true. The question is, what else could that implication mean? Dr. Taylor’s response to whether there’s a standard procedure for verifying signs of life of a child outside the womb is to point out that it depends on who is in the room. Why would your response to a born child outside the womb change depending on who is in the room? The only plausible explanation is that it depends on whether you can get away with breaking the law.

Many pro-choice people have responded to the recent shooting by blaming pro-life advocates. In this article I show why such claims are completely unjustified by analyzing culpability and what it means to incite violence. 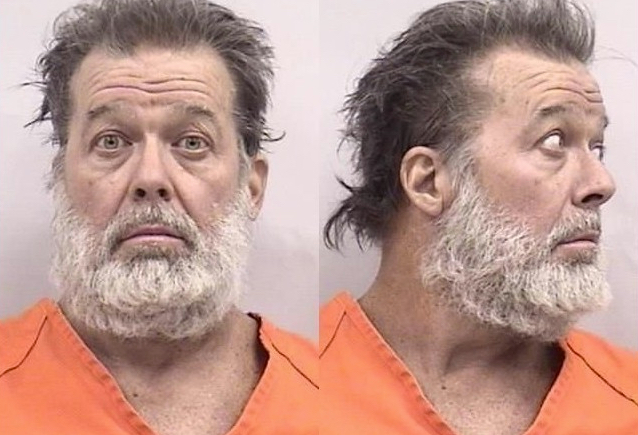 Last Friday a 57-year old armed man named Robert Lewis Dear walked into a Planned Parenthood facility in Colorado Springs and opened fire. He barricaded himself inside for hours, and before surrendering himself to police he killed three people and wounded nine more.

Ben Domenech at The Federalist summarized many of the weird things that have already come out about Dear:

As is so often the case in these circumstances, Dear is described by neighbors as an odd loner, who avoided eye contact and spoke unintelligibly. In South Carolina, his previous residence, he had been arrested after hiding in the bushes and peeping into his neighbor’s house. He shot a neighbor’s dog with a pellet gun and threatened him with bodily harm. In Colorado, he lived off the grid in a trailer, on a five-acre plot of land he apparently purchased for $6,000 in 2014. This followed a series of cabins and trailers — without electricity or running water — that he stayed in after his divorce in 2000.

Dear has no history of affiliation with the Republican Party or pro-life groups or politicians.

While we don’t yet know very many details about his initial questioning by police, it was leaked that he said something about “no more baby parts” at some point. This is a clear reference to the Center for Medical Progress’ (CMP) undercover videos that have provided evidence that Planned Parenthood illegally sells body parts from the babies they kill in abortion. Planned Parenthood and others are claiming or implying that pro-life advocates are partially to blame for the shooting because we have been saying that Planned Parenthood sells baby parts.

Are pro-life advocates culpable for the shooting? By culpable I don’t mean “the only person to blame,” or even “the primary person to blame.” I also don’t mean “ought to be legally prosecuted.” By culpable I mean “morally blameworthy for their actions.” Whether pro-life advocates are culpable for the recent shooting depends entirely on what it means to incite violence. While I will not answer every possible question about what circumstances could make one culpable, I will argue that there are two extreme ways of thinking about culpability that we should avoid. I will also argue that the right way to determine if a statement incites violence is to examine the statement, not merely whether or not it was credited for violence.

This morning Center for Medical Progress (CMP) released their fifth undercover video. It is the most visually graphic and disturbing yet, and it is also the most damning to Planned Parenthood. 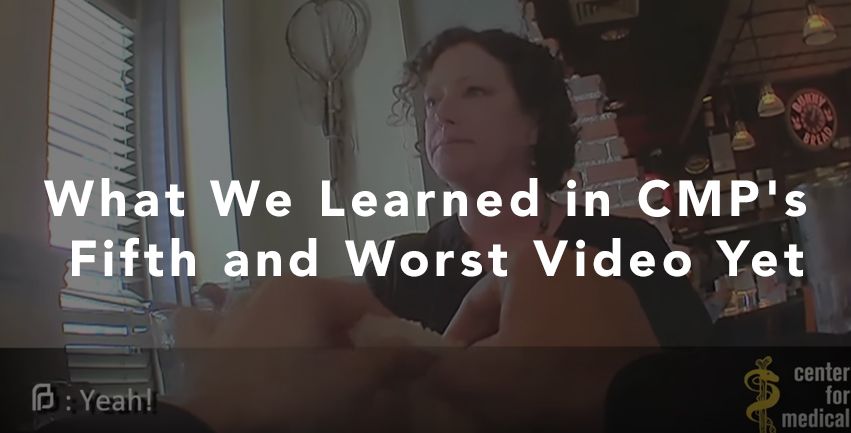 In this post, I’m going to summarize the most important parts of the video, because it’s important that we don’t miss any of this. Rather than putting them in the order they appear in the video, I’m organizing them based on the type of evidence they provide.

I’d encourage you to watch the video for yourself, even though, again, it is very graphic.

The two main legal critiques of Planned Parenthood since the CMP videos started coming out are: 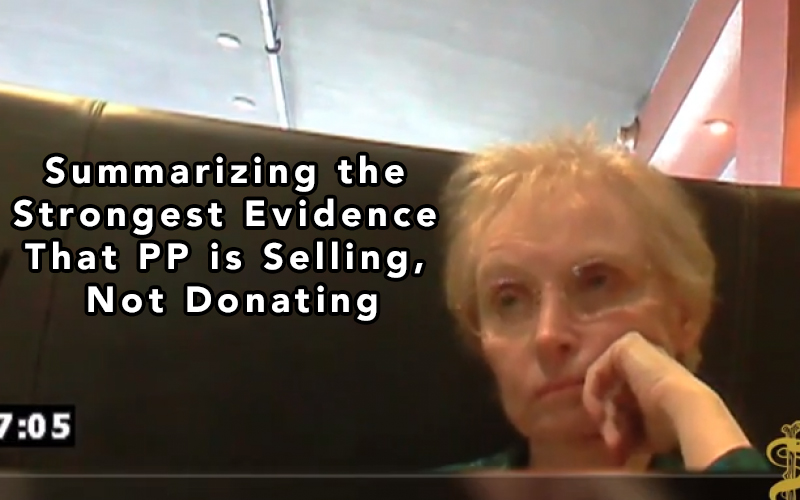 A friend of mine asked me this question, in response to the third Planned Parenthood video coming out:

I’m still not sure enough that PP is selling baby parts. Would you guys be willing to write a blog post about why you think they are? I think that would be helpful to your pro-choice readers too.

The way Planned Parenthood has attempted to defend themselves is by saying they are donating, not selling the baby parts, and that they are compensated for what it costs them to donate the baby parts. That’s an adequate response if the only thing you’re trying to explain is putting numbers like $75 for a “specimen.” They can say “that’s just us recouping our costs. We do not profit.”

The problem is that there are statements in each video that contradict this attempt to explain away the damning evidence Center for Medical Progress has provided. With each video, the evidence gets worse and worse.