We were thrilled to watch Emily present the pro-life position on MSNBC last Sunday, and we hope you had the chance to see it live! If you didn’t watch the live broadcast, or you’d like to share the segment with people you know, here’s the link to a 12-minute version of the video. 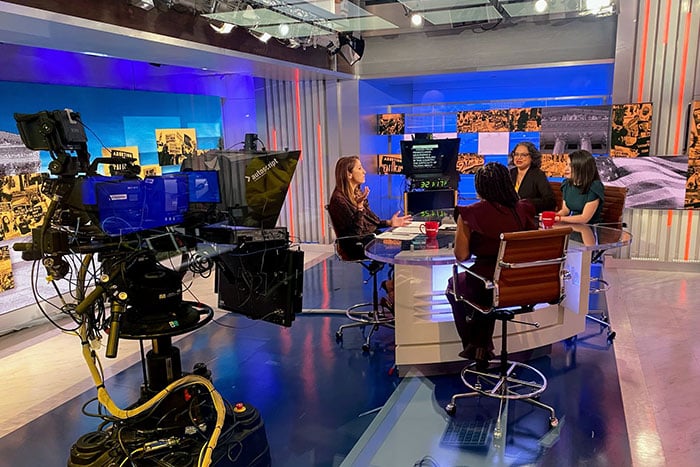 We want you to know that you make appearances like this possible. MSNBC viewers are almost all hostile to pro-life people and their beliefs, and many don’t even have pro-life friends to break through their pro-choice echo chamber. But thanks to your support, many of those viewers have been exposed to a good pro-life argument for maybe the first time in their lives!

After the Supreme Court decision in Dobbs, we’ve gotten more and more media requests, and ERI has been able to share a compelling, relational case against abortion on MSNBC, BBC, and EWTN, among other platforms. This has been a great and exciting opportunity for us, but it also comes with some new costs and challenges.

For example, MSNBC reached out to us to schedule Emily a few days before the segment was filmed. In order for us to make this happen, we needed to schedule a last-minute flight to New York City, which isn’t an expense we planned for.

The good news is, everyone in the media who has interacted with ERI has expressed admiration for our organization and is excited about our specific pro-life perspective. Our dedication to promoting dialogue while providing thoughtful pro-life arguments has brought ERI onto the national media radar, and multiple outlets have openly expressed a desire to have us back! That means, though, that we expect to have increased travel expenses as we fly our staff to filming locations in response to future media requests.

Will you help bring a clear, winsome pro-life message to new audiences on television and the internet? Your donation directly enables the best pro-life arguments to change new minds, even in places, like MSNBC, where we might least expect it. Click here to support ERI with a one-time or monthly donation.

We do not believe that women should be prosecuted for abortion, because the state of public thought about abortion precludes us from assuming women understand what they are doing in an abortion. 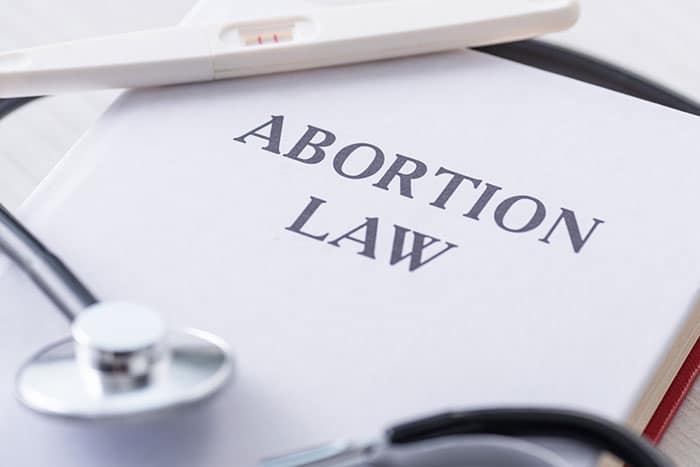 The Supreme Court has officially ruled, in Dobbs v. Jackson Women’s Health Organization, to overrule its holdings in Roe v. Wade and Planned Parenthood v. Casey. States are now free to pass laws banning or restricting abortion for the first time in almost 50 years. Millions of hours of work and activism have led to this moment, and it’s a pro-life victory worth celebrating.

But the work of the pro-life movement isn’t over just because Roe has been overturned. In this video, Josh Brahm explains the three primary tasks facing the pro-life movement in this new, post-Roe world, and he concludes with an admonition to pro-life people to celebrate this victory graciously and without confusing it for the finish line.

Author’s Note – June 29, 2022: I’m happy to report that 53 days after the vandalism began and after multiple tweets from us and others calling for Planned Parenthood to condemn it, they finally did. On June 24, the day that Roe and Casey were overturned and the day that Jane’s Revenge threatened a “night of rage,” Planned Parenthood, NARAL Pro-Choice America, and the Liberate Abortion Campaign released a joint statement that began by saying:

We reject the tactics and threats of groups that use destruction and violence as a means to an end. They do not speak for us, our supporters, our communities, or our movement. We are committed to protecting and expanding access to abortion and reproductive freedoms through peaceful, non-violent organizing and activism.

I applaud them for finally doing the right thing. Unfortunately, the rest of the statement was awful, focusing on how pro-lifers are typically the violent ones and that groups like ours don’t really care about violence, that we instead just want to score political points. (For the record, political points are not at all the reason we started shining a light on Jane’s Revenge and the lack of response from groups like Planned Parenthood.) If anything, some of the Jane’s Revenge extremists may read into the rest of Planned Parenthood’s statement a defense of what they’re doing. Either way, much of the good of the beginning of the statement was reduced by the rest of it, and if pro-life organizations released analogous statements when violence happens at abortion facilities, you better believe there’d be an outcry.

Having said that, Planned Parenthood finally, and technically, did the thing we called on them to do, and therefore we feel obligated to update this post with that information. It shouldn’t have taken 53 days, but we’re glad that they finally said something against vandalism.

Author’s Note – June 16, 2022: I’ve just become aware that Sarah Stoesz, the president and CEO of Planned Parenthood North Central States, called the attack on the Agape PRC in Des Moines “completely unacceptable.” Her full comment is: “We strongly condemn violence in all of its forms,” she said. “That is not to say that we agree with the mission of crisis pregnancy centers. We absolutely do not, but responding to them with violence is unacceptable.” We commend Sarah Stoesz for that condemnation of the violence. We wish the national Planned Parenthood accounts would do the same, and hopefully they will soon.

This is DAY 39 since the first firebombing of a pro-life office in Madison, WI. There have been at least 3 other firebombings and at least 37 other incidents of vandalism since May 2nd. Planned Parenthood has yet to condemn any of this. And yet, on May 31st Planned Parenthood tweeted in memory of Dr. George Tiller, an abortion practitioner who was murdered 13 years ago. We agree that Dr. Tiller should not have been murdered, and ERI—along with basically every pro-life organization—openly condemned this along with all other violence by people who claim the pro-life position. But by the time Planned Parenthood posted this, there had already been 31 incidents of firebombing and vandalism of pregnancy resource centers, pro-life offices, and churches, the majority of which were done by pro-choice domestic terrorist group Jane’s Revenge. As pro-lifers, we are against this violence: all of this violence. Planned Parenthood: do you condemn this, or are you only against violence done to your side? You’ll condemn the killing of George Tiller, but you won’t condemn firebombings and vandalism against pro-lifers, and you won’t condemn an attempted murder of Supreme Court Justice Kavanaugh? 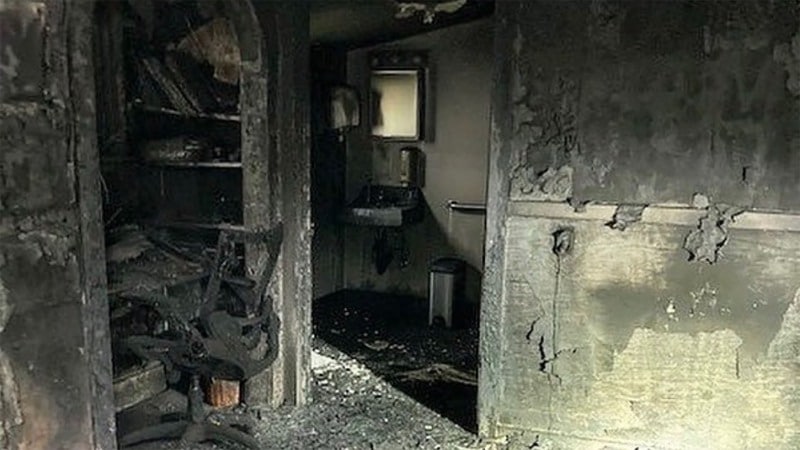 Here’s a link to the five slides Bridget Thill discussed, including working links to the sources in the footnotes. (Opens PDF)