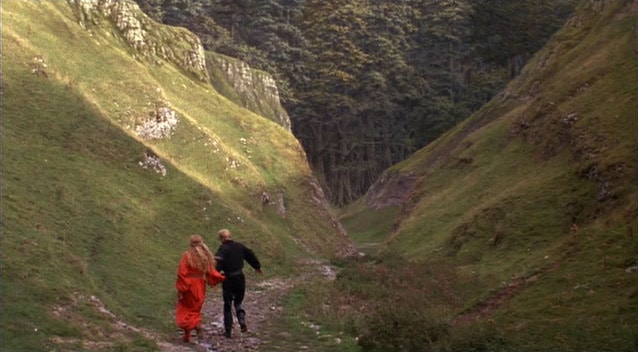 Imagine you’re out hiking with a friend in the beautiful (and fictional) country of Florin, as depicted in The Princess Bride. You’re both clueless tourists but you’ve casually looked at some maps and you think you can handle yourselves. As you’re walking by a ravine, your friend points to a group of trees and says, “Hey, I think if we wander down the ravine and into those trees, we’ll save some time!” You agree, but start to get worried as you notice that what started out as a beautiful forest has turned into a terrifying swamp. Ten minutes later, you are both killed by Rodents of Unusual Size.

Now imagine an alternative scenario. Unlike your tourist friend, you’re a native to Florin, so you know about the parts of the country to avoid, such as the Fire Swamp. When your clueless friend suggests wandering into a dangerous area, you casually redirect him, and you both survive.

A conversation about abortion is surprisingly similar. There are plenty of useful topics to discuss, and plenty of tangents that, while they won’t cause you to get eaten, are really not a good use of time.

Some unhelpful tangents come up regularly because they’re fairly natural responses to some of the arguments I regularly use, and I have learned from experience that some of them should just always be avoided. This post is about a simple but effective way to avoid one in particular.

I am very fond of thought-experiments. I find so much success with them that most of my arguments wind up being backed up by some thought-experiment or another. For instance, if I’m arguing for the personhood of the unborn, I regularly offer the Zoo Shooting:

Imagine we’re hanging out at the zoo. We’re having a great time in front of the elephant exhibit, when a crazy gunman runs in and starts shooting. He gets six shots off before he is tackled by security. The first bullet kills the world’s unluckiest cockroach, the second bullet kills a squirrel, the third bullet kills the elephant, and the other three bullets kill three humans: a newborn, a toddler, and an adult woman. Here’s the question: how many of these killings should be considered murder? If the thing that makes you a person is having any level of sentience, then that would mean it’s just as wrong to kill a squirrel as it is to kill a human, because they’re both sentient. If the thing that makes you a person is having a more advanced ability like self-awareness, then that would mean it isn’t wrong to kill the newborn, because it isn’t self-aware yet. What do you think?

This poses a serious problem to most pro-choice views about personhood because they leave the pro-choice person with only three options:

But sometimes the pro-choice person instead tries to direct our conversation into the unproductive hell of debating the validity of intuition by asking, “Well, how do you really know that it’s wrong to kill newborns?” Sometimes they’re just being stubborn, but other times they’re honestly just doing their best to externally process and understand their own views.

I used to think it was necessary to engage this “How do you know?” question, given that I was the one who brought up a thought-experiment based on something I think I know via intuition. I’ve attempted that conversation many times, and it has been sometimes interesting, but my conclusion is that it is a poor use of time. It is ultimately a tangent that is almost always best avoided because we usually spend too much time in philosophical weeds that don’t ultimately result in the pro-choice person being convinced. It’s like going for a half-court shot in basketball. Sure, you might hit one once in a while, but it’s always smarter to try a different shot. [Tweet that!]

The key to avoiding this Fire Swamp of a tangent is to ask them to be consistent instead of claiming to have knowledge. I absolutely believe that I have knowledge that it’s wrong to kill newborns, but it’s too complicated to defend that, and, in this case, it’s unnecessary. If they ask, “Well, how do you really know that it’s wrong to kill newborns?”, I just respond by saying, “That’s a complicated question. I’m just asking you to be consistent. Do you really think it isn’t wrong to kill newborns?” They almost always admit that they don’t think that, even if they can’t give a bulletproof defense for why.

At a recent outreach, I spent around two hours talking with an inquisitive student I’ll call Carl. I presented the Zoo Shooting to him and he responded:

Carl: Well, how do we really know? Some people would say that it is just as wrong to kill a squirrel as it is to kill a human.

Tim: Yeah, but would you say that?

Tim: Then that pro-choice view isn’t an option for you. If you aren’t willing to bite that bullet, you can’t say that sentience is the thing that makes us equal.

Ten minutes later we were talking about bodily rights arguments and I asked him if he believed a pregnant woman should have the legal right to take Thalidomide to intentionally deform her baby:

Tim: If she has the right to do anything she wants with anything inside her body, then shouldn’t she have the right to intentionally deform her baby?

Carl: Well, who knows, some people might say she should have that right.

Tim: Yeah, but would you?

Tim: Then you can’t justify abortion by saying that a woman can do anything she wants with anything inside her body.

I could have followed Carl down the tangents of whether we really “know” those things, but it would have been completely unnecessary. Carl wasn’t actually open to biting those bullets, but he had a moment of curiosity that could have derailed our conversation if I hadn’t kept us on track.

Around an hour later, Carl changed his mind about abortion, and that would not have happened if I’d let him get distracted by an interesting, but ultimately irrelevant question. Your time in a conversation about abortion is a precious, limited resource, so spend it wisely.

The post “Circumventing Philosophy Hell: Keeping Your Conversations about Abortion Productive” originally appeared at the Equal Rights Institute blog. Subscribe to our email list with the form below and get a FREE gift. Click here to learn more about our pro-life apologetics course, “Equipped for Life: A Fresh Approach to Conversations About Abortion.”