Editor’s Note 2/9/21: Just a reminder that this article was written in 2013, when the makeup of the Supreme Court was quite different than it is in 2021. The point of this article is about pro-lifers comparing each other to Planned Parenthood, and it doesn’t rely on whether or not the current Supreme Court would support overturning Roe.

I need to vent a little. I just read a statement from Rep. André Jacque who is pushing a personhood amendment in Wisconsin that frustrated me, and it’s not the first time I’ve seen this kind of thing. I believe that a common talking point that grassroots pro-life people on both sides of the incrementalism/personhood debate both use needs to be retired. 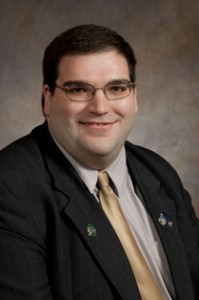 State Representative André Jacque proposed personhood amendment in Wisconsin two weeks ago. Predictably, it has caused a lot of debate among the pro-life community in Wisconsin, because the people that are usually referred to as “incrementalists” are concerned that this bill will get nothing accomplished at best, and harm the pro-life movement at worst by adding significant case law against us. (Hint: if you support personhood legislation and you don’t know what stare decisis is or the huge role it played in Planned Parenthood vs. Casey, you probably ought to look into that before supporting personhood bills while the majority of the Supreme Court is in favor of keeping abortion legal.)

Wisconsin Right to Life and NRLC attorney James Bopp have both expressed concern about the personhood amendment for pragmatic reasons, and Rep. Jacque’s response was this:

“Quite frankly, it’s kind of odd to see them on the same side as Planned Parenthood and NARAL, the National Abortion Rights Action League, on a piece of legislation.”

I am so sick of seeing pro-life people that have strategic objections to personhood legislation because they want to see abortion made illegal as quickly as possible compared to Planned Parenthood and NARAL, who are trying to keep abortion legal for as long as possible.

To be clear, while I have seen several leaders from the personhood movement compare incrementalists to Planned Parenthood, I have yet to see a pro-life leader from

A lot of people have asked me about Georgia Right to Life’s response to the 20-week abortion ban. In case you didn’t know, they made national news by asking the pro-life legislators of Georgia to vote against the pro-life bill when a rape and incest exception was added, a necessary condition of getting it passed in the House according to members of Congress, congressional staffers, and members of the pro-life lobby.

Full disclosure: I used to work for Georgia Right to Life. I’m grateful that they offered me a full-time pro-life job when I didn’t have one.  I worked there for three and a half years before resigning my position after failing to change their mind on the legal strategy that is now in the spotlight. I’m very familiar with their arguments, and they are even less convincing to me now than they were before. That’s saying something because at the time I thought their strategy was so harmful to the pro-life movement that I changed jobs so that I wouldn’t have any part in that. Most of that story and the gritty details will stay with me and me alone. I’m not interested in attacking pro-life organizations. But I am very interested in helping pro-life activists to think clearly about matters like this.