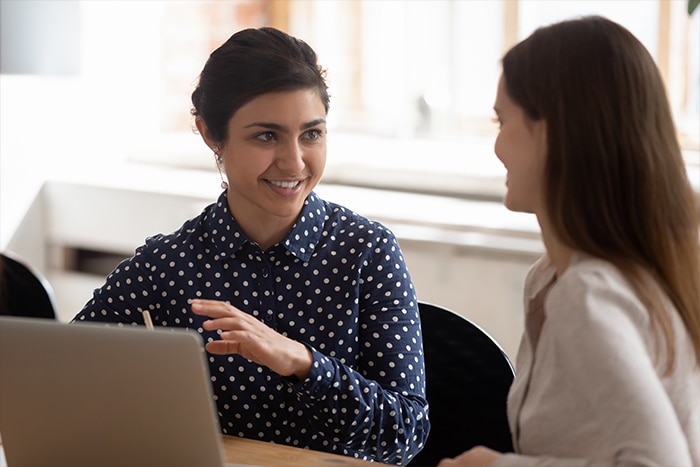 There are times in my life that I look back and think, “Wow, I really wish I knew then what I know now.”

One such time was a few years ago when I had a conversation with my pro-choice friend. Back then, I was not involved with the pro-life movement and I was only pro-life mostly by default as a Christian. I had not given my pro-life position much thought and I certainly had not thought about how to dialogue about abortion.

My friend and I were in the same department at graduate school. We had met on one of the first days of new student orientation and quickly became best friends. She was from India and was the opposite of me in many ways, but we made our friendship work. If I knew then what I know now about Indian culture, her personal background, and pro-life apologetics, our conversation would have gone much differently.

A Conversation I Wasn’t Prepared For

The conversation started out very casually. We were just sitting on the porch steps outside the front of her apartment. I can’t remember how abortion even came up, but suddenly I was saying abortion was wrong and she was asking me things like, “So women just don’t get a choice, if they’re pregnant, they have to just deal with it?” and “Women don’t really get to use birth control, so if a married woman doesn’t want to get pregnant, she doesn’t really have a say.” She thought my beliefs would mean a woman would essentially be a slave to her husband’s wants and broader cultural expectations no matter what the woman desires.

She brought to the conversation her Indian cultural experiences. In many rural and suburban areas of India, women are still treated lesser than men. Additionally, it’s taboo to even discuss sex openly. In India, it is often expected that if you get pregnant out of wedlock, you will get an abortion because sex outside of marriage is so stigmatized that many young people believe it is better to have an abortion than have anyone find out you were having sex. Birth control and condom usage are frowned upon, too.

I was taken aback. I had never thought about her concerns, and at that point I had little understanding of Indian culture. And they were valid concerns! How could I think about taking away one of the few options women had to maintain their social standing, bodily autonomy, and choice of when to parent (or to parent at all)? I floundered in addressing any of this. All in all, it was a disaster of a conversation. I had no answers and I knew no arguments or dialogue tips. It was a moment when our differences suddenly became startlingly clear and neither of us knew how to navigate discussing this controversial topic.

Much of my do-over would rest on the knowledge of her as a person and her culture that I gained over the course of our friendship (we even lived together for three years!). But sometimes we don’t have the luxury of a years-long friendship as a foundation when discussing a controversial topic. At the very least, while engaging in that conversation with her, I needed to understand that her culture and upbringing affected her worldview and beliefs just as much as my culture and upbringing did. Instead of considering, even in the moment, that she might have very good reasons for her questions, I was too busy being shocked she didn’t think like me.

Because I care about her as a person and not just a debate partner, even if I didn’t know her personality, personal beliefs, and culture like I do now, one thing I could have done was take the time to listen to her concerns and try to understand why she was bringing up these particular questions. For example, when she talked about women not being able to use birth control and that married women basically just have to accept they may get pregnant and don’t really have the freedom to plan their family, instead of trying to rebut that by immediately going back to how bad abortion is, I could have been honest and just said, “Oh, I had no idea. It’s not like that here.”

I could have also tried to gain some understanding in the moment by asking a follow-up question like, “So do you think of abortion as a way for women to take control of their family planning when they do not seem to have any good options to prevent pregnancy in the first place?”

While my knowledge base now is much larger than it was when we had that conversation, there were things even then I could have done to try to understand where her responses were coming from.

Through personal experience and good training, I now know how important it is to find common ground with someone when discussing a topic you don’t agree on. With my friend, I could have said things like:

I would try to make sure she knew I believed her concerns were legitimate and that we held similar values in many areas. For example, she seemed to think birth control was very important and that being pro-life meant being against birth control. It may have helped her if I just told her that not all pro-life people oppose birth control. (Some do for theological reasons, and some do because they’re concerned about some methods of birth control having an abortifacient effect, although that is more complicated than most think.)

Next, I would ask a few questions to clarify her position on abortion and to find out what she thinks about fetal humans. Does she think fetal humans are persons but abortion is still justified because of bodily autonomy? Or that only born humans or persons? Or maybe that fetal humans become persons at some point in pregnancy due to some requirements for personhood they finally meet? Her explanation would help me be able to address what she actually thinks instead of talking past her.

Depending on her answers to the questions, I could work from there to discuss the pro-life viewpoint I hold. Resources from ERI and others have been immensely helpful to me, allowing me to better understand the abortion debate and how to dialogue about hard topics. Because of what my friend had expressed to me as her initial concerns regarding women’s equality and rights, I would take some time to explain why I am against abortion in the greater context of being for equal rights for all humans and the belief that all humans should be able to live free from violence.

I wouldn’t want to leave her with the sense that I am not open to further conversation or that I am closed-minded. If I heard an argument to justify abortion which was better than the arguments against abortion that I’ve heard, I could change my mind! Besides, not a lot of people are going to change their mind about abortion in a single conversation. I’d rather focus on continuing open communication than trying to get her to change her mind in one sitting.

The post If I Could Have a Do-over, I’d Respond Better to My Pro-Choice Friend originally appeared at the Equal Rights Institute blog. Subscribe to our email list with the form below and get a FREE gift. Click here to learn more about our pro-life apologetics course, “Equipped for Life: A Fresh Approach to Conversations About Abortion.”

The preceding post is the property of Petra Wallenmeyer (apart from quotations, which are the property of their respective owners, and works of art as credited; images are often freely available to the public,) and should not be reproduced in part or in whole without the expressed consent of the author. All content on this site is the property of Equal Rights Institute unless the post was written by a co-blogger or guest, and the content is made available for individual and personal usage. If you cite from these documents, whether for personal or professional purposes, please give appropriate citation with both the name of the author (Petra Wallenmeyer) and a link to the original URL. If you’d like to repost a post, you may do so, provided you show only the first three paragraphs on your own site and link to the original post for the rest. You must also appropriately cite the post as noted above. This blog is protected by Creative Commons licensing. By viewing any part of this site, you are agreeing to this usage policy.

She worked at OSU in the chemistry and biochemistry departments and now works full-time at Heartbeat International, helping connect pregnant and worried women with local life-affirming resources to get the help and support they need.

In her free time, she is a writer, editor, and the Content Director for the Human Defense Initiative, has written for Pregnancy Help News, and gives presentations about the pro-life viewpoint and movement to anyone willing to give her a captive audience. Petra is passionate about the pro-life movement and strives to find ways to use her science background and teaching experience to speak up for the most vulnerable humans among us.