I had the opportunity to speak to the 7th-8th graders at St. Joachim School yesterday. It’s about a 40-minute trip, so during my drive I pondered what I wanted to talk about. I knew I would include a lot of my standard material on being a good ambassador for Christ and making a persuasive case for life. I also wanted to talk about relational evangelism.

You see, I have several pro-choice friends. I believe that many people need more than one conversation to change their mind about an important issue like abortion. Some people need relationship.

I told them about my friend Deanna, who emailed me eight months ago after watching some of my YouTube videos. I could tell from her first email that she was both fiercely intelligent and open-minded. But if you compared our lives on paper, you would probably be surprised to learn that we are good friends. 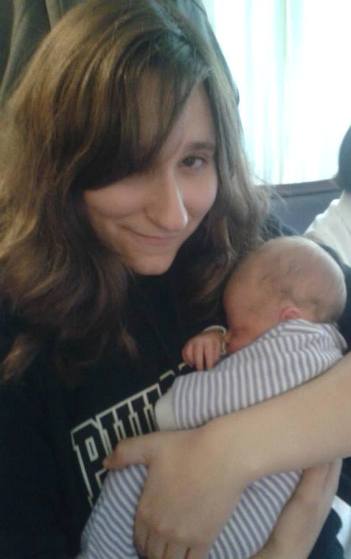 Deanna is a pro-choice atheist lesbian who lives in Canada. As I like to joke on stage, you wouldn’t expect us to have very much in common, being that she’s from Canada. (Hey, you roll your eyes but a Canadian in the audience the other night just about fell off his chair laughing when I made that joke.)

Deanna and I have exchanged around 120 lengthy emails and we’ve interacted a lot over Facebook. We’ve had several two-hour Skype meetings together. I can’t wait to meet her in person one day.

Why? Because Deanna is my friend.

Some people on both sides of the abortion debate hear me say something like that and they assume that Deanna is just a long-term project for me. They think Deanna is merely another mind to be changed if I devote enough time to her, and only then will I think it was worth it.

But as I looked at my audience of 7th-8th grade students yesterday, I knew that some of them probably don’t have pro-choice friends. (At least not outspoken pro-choice friends.) For some of them, their friends were all in the same room, listening to a pro-life speaker talk about an issue that they already agreed about.

So I read them my brother’s version of 1 Corinthians 13 for pro-life advocates.

And then I challenged them. This is how I ended my talk:

“This is your mission if you choose to accept it, and you should accept it. This week, I want you to find someone in your grade that you’ve never hung out with or spoken to, because they’re not as cool as you. Or maybe they don’t have your same interests. Maybe you think they’re weird. And I want you to find an opportunity this week to walk up to them, introduce yourself, and ask them about their favorite hobby. Ask them about the thing they like to do most when they have free time. Ask them about the thing that makes their face light up as they talk about it. For me, that happens when I talk about music, or my gorgeous wife, or my awesome kids, or my pro-life work. Find out what that is for your new friend.

If you start developing the discipline of loving people who are different from you now, then it’ll be a lot easier to be friends with the next pro-choice atheist you meet. You need to show that person extravagant love like Jesus has shown you.”

Question: Have you cultivated friendships with people from different faith backgrounds or political views? If so, tell me about that friendship and how it’s changed you. If not, will you commit to making a new friend?

The post My challenge to students: love people who are different from you originally appeared at JoshBrahm.com. Click here to subscribe via email and get exclusive access to a FREE MP3 of Josh Brahm’s speech, “Nine Faulty Pro-Life Arguments and Tactics.”