This is a guest post by my formerly pro-choice friend Deanna Unyk. Read more about how she became pro-life here.  Read about our upcoming event in Portland here.

“After Tiller” is a documentary that follows the lives of the remaining four late-term abortion providers in the United States.  It chronicles their family lives, what they were doing before they started performing abortions, as well as the kinds of harassment and threats they have been the victims of at the hands of pro-life activists.  The documentary also interviews women who came in for late-term abortions.

Watch the trailer below:

This is a very pro-choice documentary, but there are several reasons why I think it is important for pro-life people to watch it with compassion. 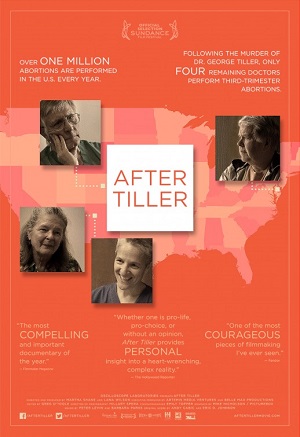 The compassionate thoughts that this movie encourages can help us to interact in a compassionate manner when we encounter abortion providers and post-abortive people.  Acting compassionately towards others is both a pragmatically wise and the morally good thing to do.  It is pragmatically wise for the pro-life movement to treat abortionists and post-abortive women with compassion because we want pro-choice people to hear us out, consider our reasoning, and eventually agree with us.  Nobody is going to want to do that if they think we’re all jerks.

Abby Johnson recently wrote an article about this film and had the following to say: 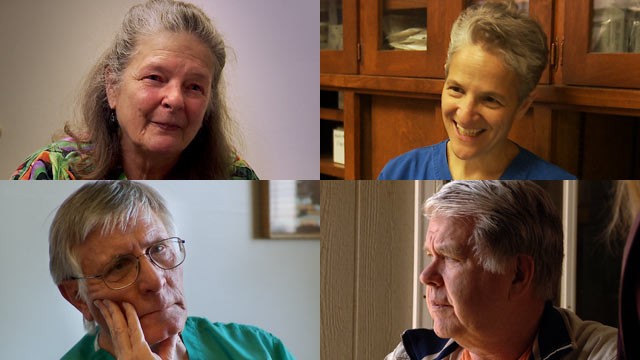 Another reason to watch this documentary is because a lot of pro-choice people are watching it.  If we are going to respond adequately to pro-choice people, we need to know where they are coming from when they make arguments.  On that note, here are some of the issues the documentary brings up.

These are issues that are on most pro-choice people’s minds when they are thinking about abortion and it really should be on the minds of pro-life people too.  These are not the only issues brought up in the movie, but they are the ones that stood out most prominently to me.  I try and respond to all three of these issues in a similar way.

It is important to me that the person I am talking to knows that I genuinely care about rape victims, parents of children with severe disabilities and women who would be injured or killed during back-alley abortions.  I have a notebook at home where I wrote down all the common ground I have with people concerned about these and similar issues.  I’ve found this to be very helpful and I encourage you all to do the same.

Step Two: Give an Analogy

After I find common ground, I try to get into the philosophy of these issues.  A good way to do this is to use an analogy. For example, imagine that a woman is raped and becomes pregnant.  She decides to keep the child.  However, on the child’s third birthday he starts to look like the rapist.  She starts having nightmares every night.  She can’t look at her child without having flashbacks. She is starting to hate her son and is spiraling into a depression. Should she be legally allowed to kill her child?  If the answer is no, then we need to go to step three.

Most pro-choice people will point out differences between the analogy you gave and pregnancy.  When discussing late-term abortions, most people will concede the unborn child is a person because there are very few differences biologically between a third trimester fetus and a newborn. However, if they don’t concede the unborn child is a person, listen carefully to what their definition of personhood is and make sure to ask clarification questions when necessary to avoid committing a straw man fallacy (addressing a dumbed down/ less powerful version of their argument).  Once you have a clear understanding of their personhood view you can test it by seeing if their definition excludes humans they may be uncomfortable excluding (like newborns) or includes too many organisms (like all animals).

Be sure to check out the page for this site on Facebook and Twitter for discussion of posts, links to other pages of interest, random talk about philosophy/apologetics and more!

The preceding post is the property of Deanna Unyk (apart from quotations, which are the property of their respective owners, and works of art as credited; images are often freely available to the public,) and should not be reproduced in part or in whole without the expressed consent of the author. All content on this site is the property of Josh Brahm unless the post was written by a co-blogger or guest, and the content is made available for individual and personal usage. If you cite from these documents, whether for personal or professional purposes, please give appropriate citation with both the name of the author (Deanna Unyk) and a link to the original URL. If you’d like to repost a post, you may do so, provided you show only the first paragraph on your own site and link to the original post for the rest. You must also appropriately cite the post as noted above. This blog is protected by Creative Commons licensing. By viewing any part of this site, you are agreeing to this usage policy.

Question: Have you watched “After Tiller”? What did you take away from the film?

Deanna Unyk used to write for a pro-choice blog she started called "Restringing the Violinist," but she recently changed her position on abortion. She now writes for the pro-life side and intends on working full-time in the pro-life movement after she graduates.

Deanna would like to use her experiences and history to help teach pro-life advocates how to interact better with the people who disagree with them. She is also passionate about helping the pro-life movement to be more welcoming towards pro-life minorities, including LGBT and secular pro-life people.