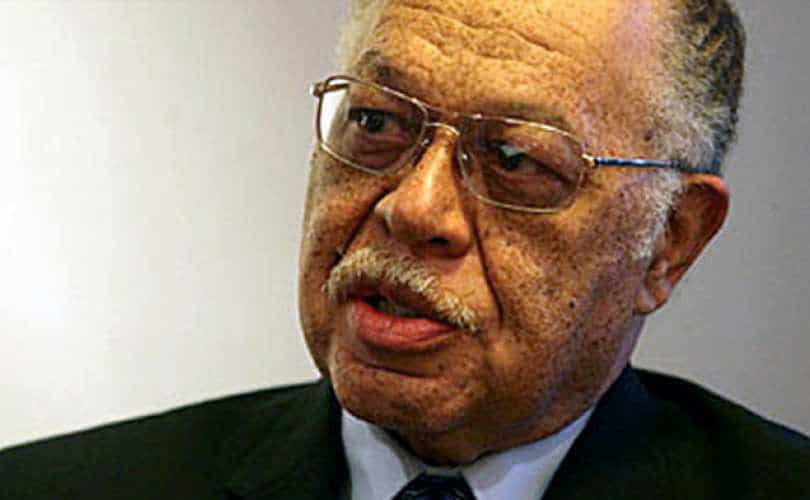 I wrote this the day after Gosnell struck a deal with prosecutors that took the death penalty off the table, and the day that he was sentenced to life in prison.

I spent a lot of time yesterday sorting out my feelings about Gosnell and his conviction, as well as the way some extreme pro-life people are talking about him. Thanks to a few respected colleagues who took some time with me to discuss in private, I think I’ve worked out the three major feelings I have. I suspect most of my readers will agree with the first two, but have questions about the third:

Before you roll your eyes and move on, please give me the chance to explain why I don’t think any of those statements makes me a weak pro-lifer.

I do not think there is anything wrong with wanting justice done. I felt a little bit good watching Gosnell walk to the police van after the trial, because I felt like justice was done. It would have been terrible if he had walked on all the charges!

I realize that some people feel like prison is too good for Gosnell, and thus justice won’t really be done, even on Earth. Frankly, there’s a part of me that agrees. Knowing about some of the things Gosnell did in his “clinic” causes me to think that this guy is probably one of the most evil men in the country. There is a cruel coldness to what Gosnell did to babies and his patients that could have come from a horror movie plot. Perhaps Gosnell does deserve worse than an American prison.Yet…

By this, I mean I’m glad we don’t live in a country that would carry out a quick execution on this man. I’d rather he be in prison. Why? Because of my third statement, that I mean with all my heart:

3. I don’t want Gosnell to go to Hell. I’d rather spend time with him in Heaven.

I would love to see Gosnell convert before he dies. So I hope for the best for his soul, while hoping that justice is done on Earth, which I don’t think is mutually exclusive.

Abby Johnson, who used to work at a Planned Parenthood abortion facility before becoming a pro-life advocate, posted a few statements responding to the extreme comments people were writing on her page about Gosnell, and followed those up with a blog post explaining her feelings in greater detail. It basically comes down to this: she doesn’t feel like she’s better than Gosnell.

“So when someone talks about Gosnell and says things like, “murderers and people like him don’t deserve to breathe the same air as I do,” or “I hope he burns in hell,” it hurts a little. Because that was me. But I am still here…breathing that same air…and trying to spend my life righting my wrongs. And it’s not just me. I know they hurt others like me, as well. People who have left the abortion industry and will work every day to recover from their sins. People who are still in the industry and think they will be shunned by the pro-life movement…maybe they would reach out to us if they knew we would accept them. I am always terrified that clinic workers will see some of the words from pro-lifers. I have been told by several former workers that they will NEVER come forward with their stories because they are so scared of how they will be treated by us…by US…the supposed “Christian” movement. Their fears are real AND legitimate.”

I don’t think writing that “I HOPE GOSNELL BURNS IN HELL!” is a virtuous response for a Christian. I know a lot of people are going to Hell. But I’d rather nobody does. I’d rather everybody converts first, and that includes evil men like Kermit Gosnell. I think God agrees with this sentiment:

“The Lord is not slow to fulfill his promise as some count slowness, but is patient toward you, not wishing that any should perish, but that all should reach repentance.”

If Gosnell contacted me and asked me to visit him in prison, I would go. And I would unashamedly tell him the Good News that Christ died and conquered sin, and offers atonement to all who will accept that gift, including sinners like him and me.

And I would be ecstatic if Gosnell surrendered to Christ before dying in prison.

I know Gosnell did horrific things, and I know that the pro-life movement has talked about Gosnell a lot in order to get our society thinking about the things he did, in hopes that we can find some common ground and ultimately talk about whether there are any morally relevant differences between what Gosnell did to viable babies outside of the womb, and what we do to thousands of non-viable babies inside the womb every day.

But now that justice has been served, I think this is a moment where we need to encourage our people to have a heart like Christ does. My pragmatic reason for that is this is one of those news stories that puts abortion to the front, which is rare right now. People are watching what pro-lifers say about this. That reason alone I think is sufficient for us to act as Christ-like as possible. My principled reason is that we are supposed to have a heart like Christ does, regardless of whether it gains us any public traction.

Editor’s Note 1/5/21: I removed some of my original introduction of Abby Johnson.

Question: What do you think? What should our feelings be about Gosnell now that he’s been convicted, and what should we be communicating to those that are not currently pro-life? Post your thoughts in the comments below.