I regularly hear people complain about Virtue-Signaling, but I haven’t yet found a balanced attempt to clarify what it is and what it isn’t. Mostly I’ve noticed that people are quick to accuse people outside of their own political tribes of doing it. Without any definitions, how is a fair-minded person to distinguish between appropriate critiques and partisan smears?

Another problem is that I’ve long felt that some virtue-signaling is not actually morally objectionable, but I never see people make distinctions to allow for that. It’s just an accusation, and an inherently irrefutable one at that. I’d like to offer some distinctions between types of Virtue-Signaling with the hope that people will be able to distinguish the objectionable types from the acceptable types. I’ll close with suggestions about how and when to accuse someone of Virtue-Signaling, all with the desired end of helping dialogue to be more productive between parties that disagree.

Virtue-Signaling is always referred to in a negative way, but given that the term itself is etymologically neutral, my recommended definition is intentionally neutral in order to minimize confusion:

Note that this baseline definition of Virtue-Signaling does not make any statement about intent, which means you can Virtue-Signal even without intending to and without being aware of it.

Virtue-Signaling must then break down into two categories: Intentional, and Unintentional. The Unintentional Virtue-Signal would be when someone indicates that they have a virtue but not because they are trying to do so. Their mind is just somewhere else when they give the indication of their virtue. 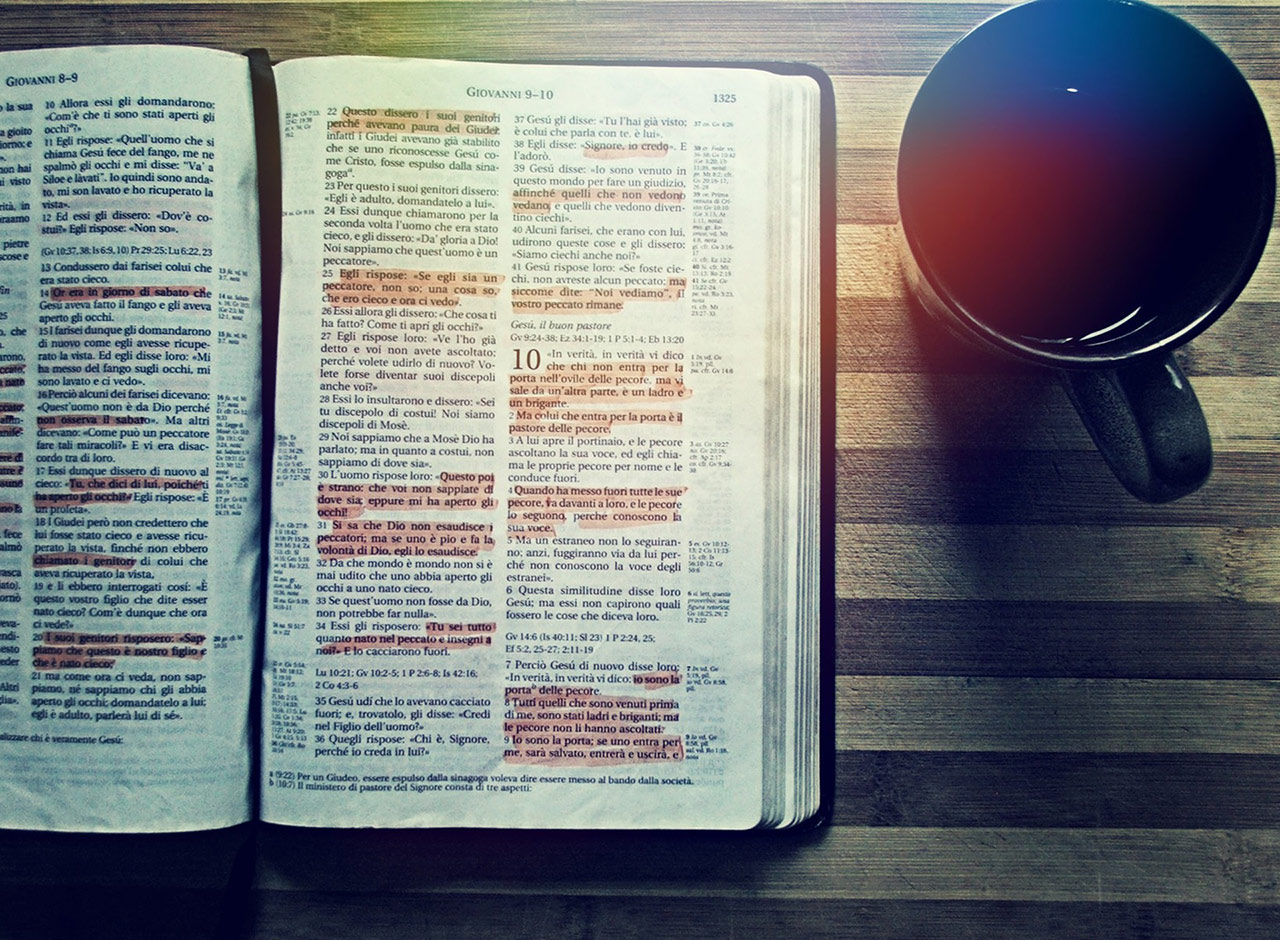 Some kind of allowance for morally appropriate Virtue-Signaling must be granted. If the way we are going to think about Virtue-Signaling is that it is always reprehensible and must be avoided, then it becomes very difficult to speak. Almost anything can be interpreted as a Virtue-Signal, and once you start thinking about Virtue-Signaling, you become remarkably self-conscious about it (don’t even get me started about how uncomfortable it is to write this article because of all of the ways it could be perceived as Virtue-Signaling). 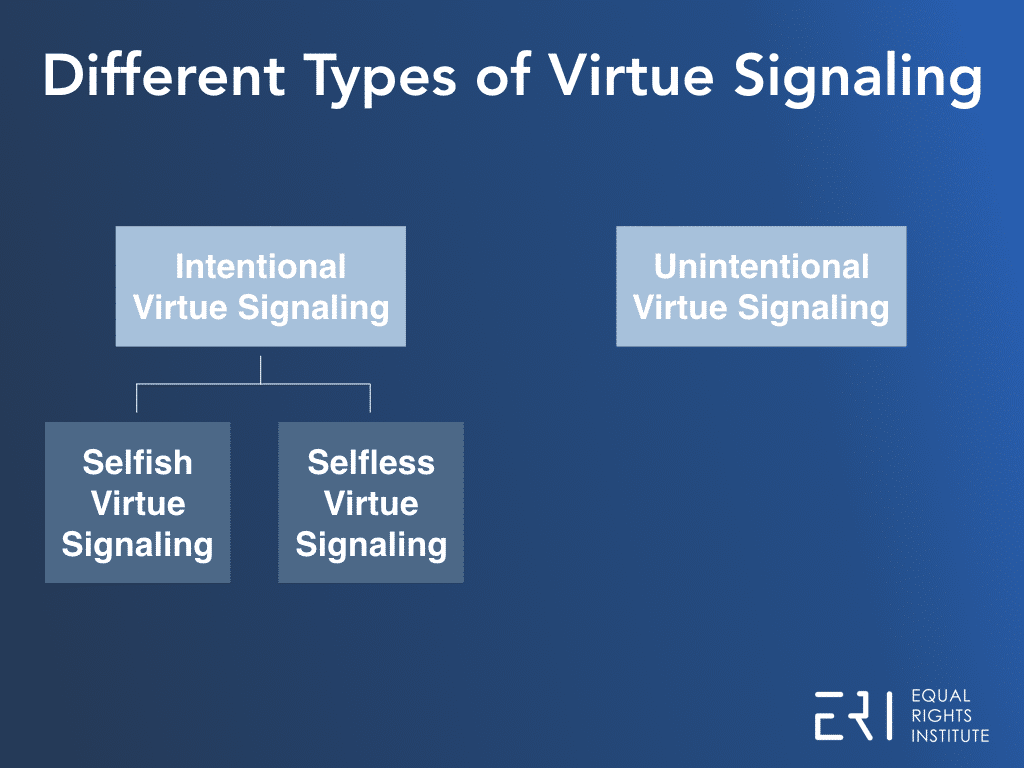 These distinctions result in three types of Virtue-Signaling (though I’m sure more appropriate distinctions can be made), all of which should be viewed differently:

When Should We Accuse People?

You should never accuse someone else of Virtue-Signaling. Ever.

If you have a close friendship with someone that you suspect of Virtue-Signaling, then it might be an act of good friendship to graciously ask them if they have a problem (not accuse them). The same would be true of accusing someone of being prideful. There is nothing to gain from dismissing one of your friends by declaring them to be prideful. Sure, we all have people that we think are prideful and sometimes we’re right because we have good evidence for our beliefs. But that doesn’t make it the type of accusation that is appropriate in any context other than close-friendship.

If you’re a conservative and your leftist friend regularly posts with the hashtag “Black Lives Matter,” it is wrong to make assumptions about your friend’s heart. Maybe he is posting it because he wants his friends to think he is woke and anti-racist, or maybe he’s posting it because he is genuinely trying to encourage his black friends and speaking what he believes to be truth. It might be intentionally self-serving on his part and it might not be, and the more you can discipline your mind to assume the best of him, the more virtuous you will be.

If you’re a leftist and your conservative friend regularly posts about his support for the military, it is wrong to make assumptions about your friend’s heart. Maybe he is making those posts because he wants his friends to think he is a good person because he is patriotic, or maybe he’s posting because he is genuinely trying to encourage his friends in the military. It might be intentionally self-serving on his part and it might not be, and the more you can discipline your mind to assume the best of him, the more virtuous you will be.

On the other hand, we should all try to judge ourselves very harshly when we think about our own motivations. This is particularly a problem on social media because it is such a natural setting to be focused on one’s image. When you make a Facebook post or send a tweet, ask yourself if you’re doing it to help people or to make them think you’re awesome. Plausibly it’ll often be both. The distinctions I’ve suggested as a starting point for thinking about Virtue-Signaling unintentionally imply that our behavior is more simplistic than it is. We usually have multiple motivations for a given action, some of which will be selfless, and some selfish. Whether you are primarily doing it for yourself or whether it is close enough to the line that it’s morally safe to post is something only you can know. I’d encourage you to remember that “The heart is deceitful above all things, and desperately sick; who can understand it?” (Jeremiah 17:9).

“I’m Angry at Your Conclusion Because Obviously Some People Are Virtue-Signaling!”

Yes, obviously some people are Virtue-Signaling. I’m not saying don’t ever think someone is probably Virtue-Signaling (though it’d be better to keep that kind of speculation to a minimum). The question is, what kind of accusations are helpful in public conversation?

It is never helpful to respond to someone’s argument or statement by accusing them of a personal sin that is internal, and therefore unknowable to anyone else. Maybe they are making that statement because they are just filled to the brim with personal pride, but it doesn’t do anyone any good if you respond by accusing them of pride. Maybe they don’t seem to care about your favorite cause because they’re a lonely, mean, hateful person, but making that accusation can only reveal something about yourself, not the other person. Maybe they are racist against black people and that’s why you have a political disagreement, but if political disagreement is your only evidence of racism then making that accusation will only inflame the situation.

Charity demands we give our political opponents the benefit of the doubt that they are doing their best, that the reason for our disagreement is based on a different understanding, or ignorance, or something other than mere vice. If we cannot have dialogues on those terms, then the national conversation will only continue to worsen, and frankly, that terrifies me. Sometimes an accusation of Virtue-Signaling will be very well justified. Even in those cases, choosing to rise above it is better than dragging the conversation into the mud of personal, unknowable sins.

Let’s remove Virtue-Signaling from our public vocabulary and keep it where it belongs: in conversations about personal ethics and spiritual growth.

The post “On Virtue Signaling” originally appeared at the Equal Rights Institute blog. Subscribe to our email list with the form below and get a FREE gift. Click here to learn more about our pro-life apologetics course, “Equipped for Life: A Fresh Approach to Conversations About Abortion.”