There are some good pro-life responses to bodily rights arguments for abortion. These two rejoinders don’t belong on that list. 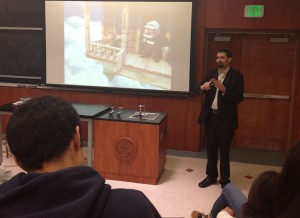 I am convinced that most pro-abortion-choice advocates who go beyond basic rhetoric and slogans are partially grounding their position in some form of bodily autonomy arguments. If you’re somewhat new to arguments for abortion rights that admit for sake of argument that the unborn is a fully valuable person, please listen to this speech I gave at UCLA last month explaining them as well as offering some refutations.

I’ve spoken on bodily rights arguments a lot, especially after helping write the De Facto Guardian paper. During Q&A, someone will often ask about a potential pro-life response that I didn’t include in the speech.

Here’s one I’ve heard several times in that context, and I’ve seen pro-lifers use it in blog posts as well:

“No woman has an abortion because she’s trying to protect her right to bodily autonomy.”

According to the Alan Guttmacher Institute’s 2005 survey of more than 1,200 abortion patients, these were the most common reasons that women chose abortion: 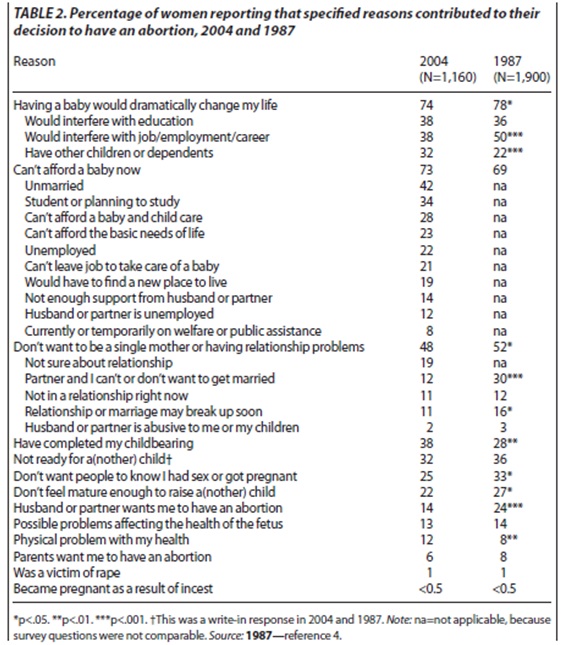 I agree that the women who took this survey didn’t report that their natural right to bodily integrity was the primary reason they chose abortion, but that’s irrelevant.

First of all, the Guttmacher survey didn’t have an option for “I want to maintain control over my body.”

Secondly, even if that’s not at all a part of a woman’s decision-making process, that doesn’t mean that bodily autonomy arguments fail to justify abortion being legal. If bodily rights arguments succeed, then it doesn’t really matter why a woman decides to have an abortion, because it’s justified. This is especially true if the “Sovereign Zone” argument is correct. In that case, taking Thalidomide to intentionally deform or hiring an abortionist to torture a baby to death would be justified, as Timothy Brahm shows in this brilliant piece.

In other words, there can be a difference between why abortion is morally justified and why a particular woman would decide to choose abortion.

Here’s another bad pro-life response. It is usually exclaimed by someone when they hear Judith Jarvis Thomson’s violinist story or “people-seeds” analogy for the first time: 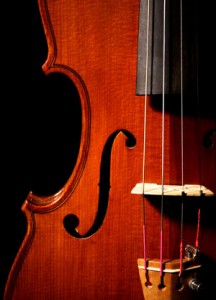 Thought experiments like Thomson’s violinist are meant to test our intuitions and help us determine things like whether or not a certain action is morally justifiable. Thought experiments about pregnancy will almost always be weird. Why? Because pregnancy is weird! There’s nothing else in our universe that’s like pregnancy, so you end up with these bizarre stories about people being hooked up to different body parts.

If you want to hear some of the thought experiments I’m referring to that will help you respond persuasively to bodily rights arguments, download this speech I gave at UCLA and then post any questions you have in the comments below!

The post Two Bad Pro-Life Responses to Bodily Rights Arguments originally appeared at JoshBrahm.com. Subscribe to our email list with the form below and get a FREE gift. Click here to learn more about our pro-life apologetics course, “Equipped for Life: A Fresh Approach to Conversations About Abortion.”

Question: Do you have any faulty pro-life responses to bodily rights arguments to add to the list? Post them below!