If you’ve read our blog before, you’re hopefully familiar with the Equal Rights Argument. We’ve seen it change more minds than any other pro-life argument we’ve used. It’s so effective, we named our organization after it!

Just because the Equal Rights Argument is convincing doesn’t mean it has no pitfalls or potential places to go wrong. When preparing to update the argument for the Equipped for Life Course, I ran a small focus group where I used our new method of teaching the argument to students who weren’t already familiar with the Equal Rights Argument, and then watched them try it in improvised roleplay dialogues. While they did really well, adding evidence that this new teaching method was an improvement, I noticed them make three mistakes while making the Equal Rights Argument. In fact, I had already seen people make these mistakes in real or practice dialogues in the past. As I drove away from that focus group I realized that all three of these mistakes are natural for pro-life people to make, so it’s worth discussing so we don’t stumble onto these avoidable landmines.

Each of these mistakes is small, but they can derail your conversation about abortion. If you learn to avoid them in advance, it will be more likely that the pro-choice person will see that to be pro-equality they need to be pro-life. 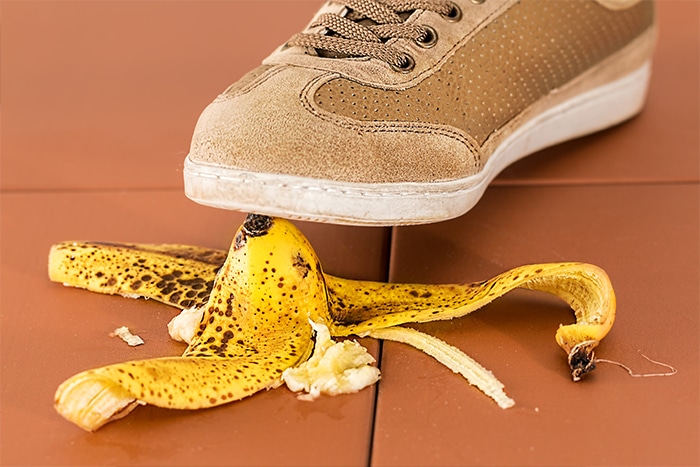 Here’s how you can prevent yourself from making these three mistakes:

The way this most often happens is when using a comatose person as an example of someone who can’t exercise a capacity like rationality, but is still a person. This isn’t necessarily a bad move to make, as long as you’re very careful to say it’s a temporary and reversible coma. Many people don’t. Then, the smart pro-choice person can turn the tables by appealing to euthanasia; after all, they’ll say, the human in a coma might not be a person anymore, their brain functions might be too compromised, they might be suffering. That example of a comatose human is now no longer a good illustration of why we can’t judge the fetus on functional ability.

This is why the Equal Rights Argument stays clear of using cases of comas. Instead, we stick to very clear cases, like newborns and squirrels, that don’t have the risks or intellectual baggage.

There’s one notable exception to this rule. Sometimes, people bring up situations in which abortion is being used as euthanasia, like cases of a poor prenatal diagnosis. This is the one time it makes sense to bring up euthanasia, because that’s what they’re really thinking about and abortion is just the means to that end.

#2: Talk About Equal Rights, Not Value

Second, make sure you’re clear that the equal rights circle is about equal rights, not value. Many pro-choice people will try to bring non-human animals into the circle, not because they think dogs or squirrels are people, but because they think they’re valuable and have some rights. And you might be tempted to affirm that animals have value and let them in.

Resist that temptation! We want to affirm that animals have value, that they do have some rights (like the right to not be tortured for fun), but those aren’t the kind of EQUAL RIGHTS we’re talking about for the equal rights community. Is it as bad to kill an animal as it is to kill a human person? Should those things be punished in the same way? Questions like this help reveal that, even if animals have some rights, like protection from a cruel death, it’s not the same as a person’s right to life.

If you don’t take care to clarify that the equal rights circle can only accommodate those with an equal right to life, you’re going to end up with your own squirrel problem.

Finally, you should avoid using “human rights” language when using the Equal Rights Argument. This might be a little controversial, because there are other well-known pro-life speakers who use this kind of language, and I’m not even saying it’s never effective for them. But we think there are good reasons not to invoke human rights language in this part of your conversation about abortion.

Talking about human rights makes it sound like we think that the embryo is a person because it’s human. That’s not what we mean; it might be something like human nature that gives us status as persons, but it’s not precisely human nature. We definitely don’t want to sound like we’re reducing personhood to having human DNA. It’s not accurate, and it opens us up to charges that we’re just discriminating against other species. If you’d like to learn more about our precise definition of personhood and why it’s not merely human DNA, check out module 10 of the Equipped for Life Course, “An Advanced Philosophical Case for the Unborn.“

Using “human rights” language is also likely to make the person you’re talking to feel like you’re pulling a rhetorical trick on them; and, in some ways, you are. This is because when most people use the phrase “human rights,” they don’t actually mean that being biologically human is the source of those rights. If you cornered someone about it who was quick enough on their feet to see the problem, they’d probably say something like, “I really meant something like ‘person rights,’ rights that people have, and because humans are the main people we know about, I thought ‘human rights’ would sound nice and be accurate enough.”

To summarize, there are three common mistakes you should avoid when using the Equal Rights Argument. It’s a mistake to get pulled into end-of-life issues by using imprecise examples; it’s a mistake to be unclear about how you get into the equal rights community; and it’s a mistake to use “human rights” language to do the argumentative work for you. Your dialogues will go much better if you steer clear of these things.

We’re so excited to have published our reworked Equal Rights Argument module of the Equipped for Life Course last year after finishing our brainstorming and testing. You can watch the main lesson for free by signing up for the replay of our “Pajama Gala” event we hosted late last year, and you can watch the entire module on demand by purchasing the Equipped for Life Course.

The post Three Mistakes to Avoid in the Equal Rights Argument originally appeared at the Equal Rights Institute blog. Subscribe to our email list with the form below and get a FREE gift. Click here to learn more about our pro-life apologetics course, “Equipped for Life: A Fresh Approach to Conversations About Abortion.”