It was spring, 2010. I was at Pasadena City College with Justice for All. I was standing inside the barricades protecting the large 18-foot-tall pro-life display. It was a quiet hour on campus. Most students were in class.

I saw her coming from a block away.

She was with her friend “Michelle,” and they were storming toward me. She locked eyes with me long before she got to me. I could tell from her expression that she was angry. I braced myself.

“Jessica” was yelling at me before she even got to the barricade. She was strongly pro-choice. She hated our exhibit. I think she hated me, too, at least at first. Her friend didn’t say a word for the next half-hour. She was just there for moral support.

As Jessica ranted about how ridiculous anti-abortion people are, dropping pro-choice slogans throughout, I did something that our new pro-life volunteers were confused by: I said nothing.

I listened to Jessica. But I didn’t just listen to her. I heard her.

And there was a lot to hear. Jessica had good reasons for being so angry at men. Growing up, her step-father had abused her. Her story is tragic. 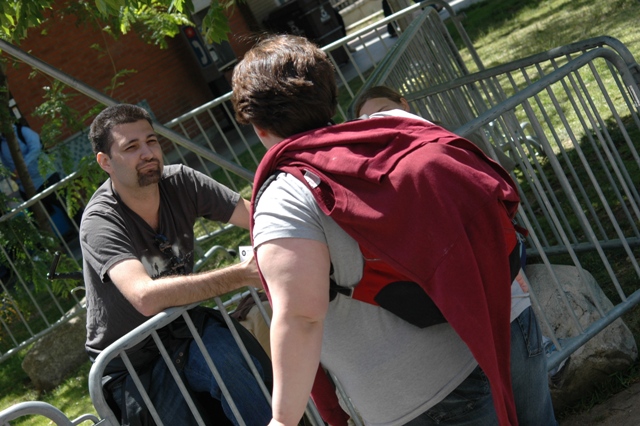 Listening to Jessica. There’s a reason I look sad in this picture.
Photo credit: Justice For All. Used with permission.

So I listened to her, even though some of the accusations she leveled at me were untrue and unfair.

Sure, I jumped in when she made a statement about how all pro-lifers want to kill abortionists. I put my hands up and said, “Whoa, whoa, whoa! I really need to tell you that that isn’t true. Everybody you see here has signed a statement of peace that says they are opposed to all abortion-related violence, including against the people who do abortions. There’s a difference between the pro-life movement and a few woefully misguided nut-jobs.”

Generally speaking, I didn’t respond to her arguments. Instead, I remembered what we teach at Justice For All trainings: “Wisdom is knowing what to say when, and when to keep your mouth shut.” 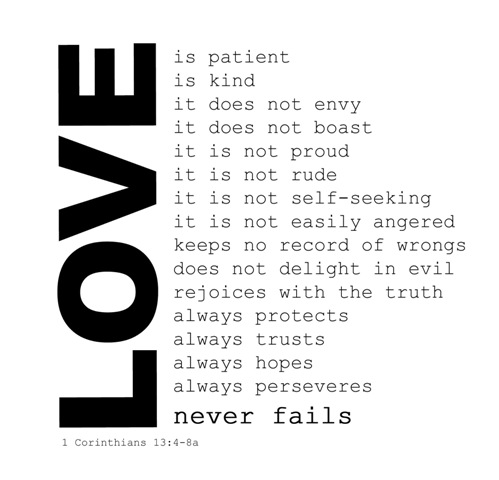 If you actually listen to understand and genuinely care about the people you talk to, you’re going to realize that there are times when you should stop debating abortion and focus solely on caring for the person in front of you.

I chose not to debate Jessica. Instead, I showed sympathy to her through my body language and saying things like, “I’m so sorry that happened to you,” and, “That is so horrible.” By taking the time to connect with her, I was able to show genuine compassion, demonstrating that I cared about Jessica as a person, not just a potential convert.

Eventually, she was able to tell that I cared about her, and she warmed up to me. As our dialogue was ending a guy came up selling expensive chocolate bars for a fundraiser and she offered to buy me one! She had settled down and was no longer accusing me of being an “anti-choice pig.”

When you’re having a dialogue about abortion, do you really care about the person you’re talking to? Or do you just care about the unborn? I think we need to do both. Not just because you’ll be more persuasive by showing love to people, but because Jesus told us we should love others.

If you haven’t read it yet, you should spend two minutes reading my brother’s pro-life interpretation of 1 Corinthians 13. In fact, you should read it every time you’re about to debate the person who wrote that pro-choice statement under your pro-life Facebook post. I guarantee you will see better results.

The post “Sometimes What You Should Say is Nothing” originally appeared at JoshBrahm.com. Click here to subscribe via email and get exclusive access to a FREE MP3 of Josh Brahm’s speech, “Nine Faulty Pro-Life Arguments and Tactics.”