One of the most widely-read posts I’ve ever written is “The Most Undervalued Argument in the Pro-Life Movement,” in which I gave a basic introduction to the Equal Rights Argument. It wasn’t a thorough explanation of how my colleagues and I use this argument in dialogue, but at the time I was planning on giving a more thorough explanation soon after. While I’ve been teaching the argument in more depth to live audiences, I’ve refrained from blogging about it for a variety of practical reasons. Before the end of the year, we will finally post a more detailed analysis of how we respond to personhood arguments. 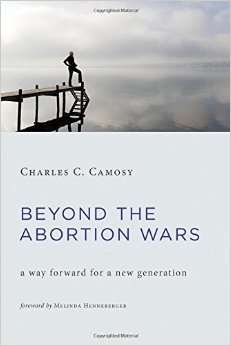 In the meantime, there is a place you can find the same basic argument in written form, and that is in chapter 2 of Charles Camosy’s book Beyond the Abortion Wars. We explain it differently and we use our terms a bit differently, but substantively, it’s the same argument. We were really pleased when we read it, because we think it is the most persuasive way to respond to personhood arguments.

Whether or not you are struggling with how to respond to personhood arguments, you really should read Beyond the Abortion Wars. We don’t always agree with his conclusions, but even the places where we disagree are well-researched, well-argued, and well-explained, and they help me to think more clearly about my own beliefs. Charles Camosy is a very unusual, very interesting voice in the pro-life movement and any pro-life advocate would benefit from wrestling with him.

On Understanding the Baltimore Rioters

A friend of mine posted a question on Facebook asking for help understanding why people in Baltimore are rioting. Here was my attempt. Interested in additional thoughts from all over the political spectrum.

Okay, here’s my best shot. The more peaceful protesters are black people who feel like the lingering societal effects of slavery and segregation still last, resulting in it being harder for them to get good jobs, live in nice neighborhoods, etc.

There has been a lot more documented police brutality than before when cell phone videos weren’t a thing, and some police agencies aren’t responding appropriately to that. This means that they feel real physical danger when stopped by police.

They also believe that unlike white, privileged people, their voices aren’t really heard, so they do the next “louder” thing: get together and protest, *just like we do in DC every January!*

The violent rioters? I think some of them are described above but their feelings about it are so strong that it has turned to anger and even hatred of police/the government/anyone they believe is too powerful.

I think there’s a third group of people who just want to watch the world burn. They don’t care so much about racism and police violence as they do the fun of participating in a riot and burning stuff.