The Washington Post reports something I’ve noticed in my dialogues with pro-choice people: “Forcing eye contact when trying to change someone’s mind may actually cause listeners to become more stubborn, a new study shows.”

In a persuasive context, people tend to be on the defensive, like when a speaker is addressing an audience or when two people are debating a political issue. According to the study, being forced to stare into the eyes of another person, as opposed to looking elsewhere, can make that person less open-minded.

We are so used to organizations trying to manipulate us that we’re always on the alert in persuasive contexts. I know that I’m in full “skeptic mode” when I see any advertising campaign because so many deceptive commercials have been debunked in the past.

I prefer not to directly face pro-choice people when I’m in a dialogue with them. If I’m directly facing the person I’m talking to, it feels more like an argument than a dialogue. But if I’m standing shoulder-to-shoulder with them or if we’re both angled towards a common object, I tend to have a better dialogue. 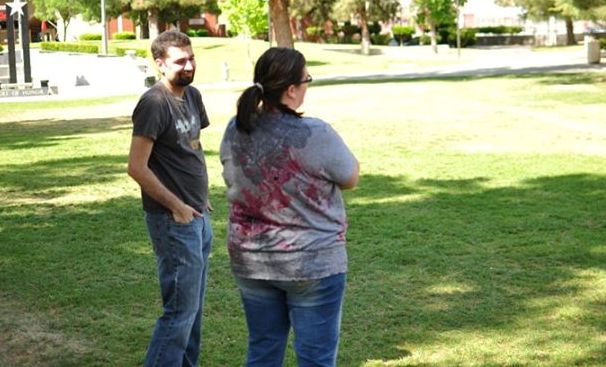 Interestingly enough, Joe Navarro, a 25-year veteran of the FBI and an expert on body language, found the same thing. He says that agents have more success with coaxing information out of interviewees when they avoid direct eye contact.

“It was easier to get people to confess by not sitting directly in front of them, which is a very primate antagonistic behavior with a lot of eye contact. What worked best was just to sit at angles to them so there is less eye contact.” 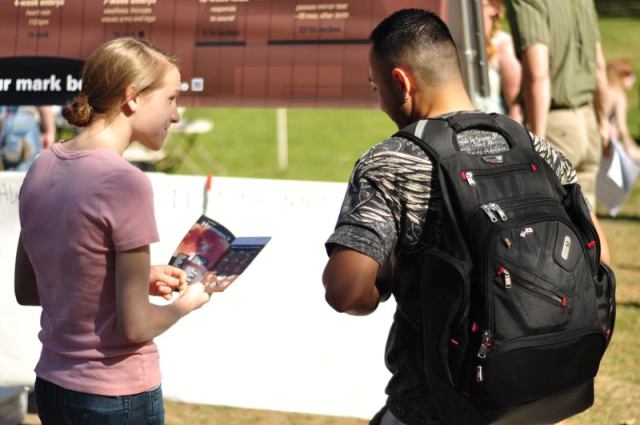 When another person is making an argument to me, I sometimes look into their eyes to demonstrate that I’m really listening to them, (combined with other cues like nodding,) but I also sometimes stare off into space as I process what they’re saying.

Likewise, when I’m talking, I prefer the shoulder-to-shoulder stance because then, as we teach in our Justice For All trainings, it shows that we’re not toe-to-toe, but instead staring at a problem and trying to find more truth together. 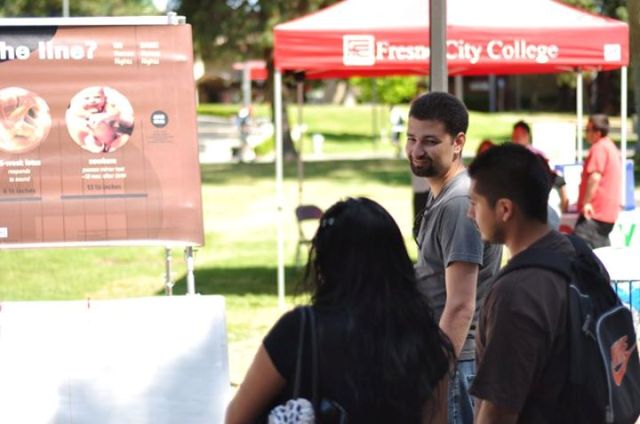 If you tend to talk to people you disagree with while staring straight into their eyes, try a different approach for a while and see if your results improve.

By the way, I don’t think more people changing their mind in front of you is the only way to tell if your “results have improved.” It might be that the person you’re talking to feels more comfortable around you, so you have a longer, serious conversation where you can discuss more of the aspects of this debate that the person can reflect on later.

The things we discuss are so important that it would be sad to let little things like body language get in the way of a good dialogue. 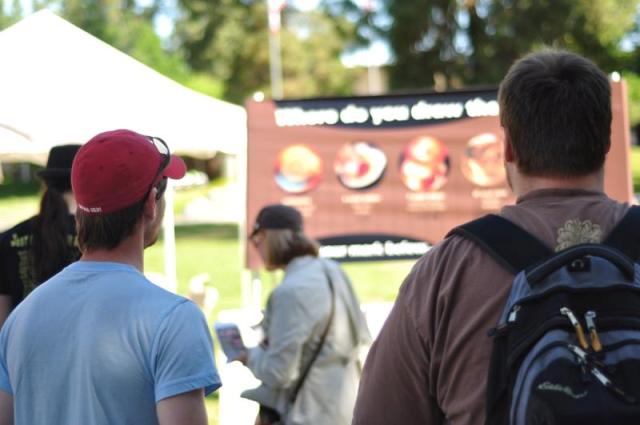 The post “Why You Shouldn’t Face the Person You’re Talking To” originally appeared at JoshBrahm.com. Subscribe to our email list with the form below and get a FREE gift. Click here to learn more about our pro-life apologetics course, “Equipped for Life: A Fresh Approach to Conversations About Abortion.”

Question: What do you think? Have you noticed that you have better dialogues when you don’t directly face people? What are some other good body language habits to develop when having dialogues in person?