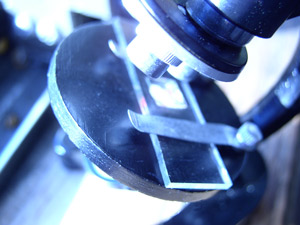 It was four years ago that while presenting a talk called “Human Cloning: Truth vs. Science Fiction,” I predicted that scientists would successfully clone human beings within ten years. It appears that I was correct. NPR is reporting that a team of scientists at the Oregon Health & Science University have worked out the necessary steps to clone a living human embryo that is able to live long enough to produce embryonic stem cells. They have published their research in this weeks issue of Cell.

I argued in that talk that my primary concern about human cloning is not that it’s “playing God,” but that we will dehumanize the new human being we’ve “created” in the lab. Notice the way the NPR article talks about the living, human embryos that were created, the same embryos that because they were able to live for several days, made the experiment a success:

The experiments involve creating and then destroying human embryos for research purposes, which some find morally repugnant. The scientists also used cloning techniques, which raise concerns that the research could lead to the cloning of people. (emphasis mine)

The pro-life argument is that human beings are valuable, or “persons,” from the moment they begin life as a unique organism. This article only uses the word “person” to refer to human beings that are cloned and then allowed to live until birth. But this is begging the question. The entire ethical issue rests on whether or not human beings are valuable or “persons” from the beginning of their biological life, or if that value only comes at some point later in development. There’s not much to debate as far as ethics is concerned if the embryo being cloned has no intrinsic moral value.

You have to scroll down to the bottom of the article to read the worst assertion from the lead scientist:

But Mitalipov dismisses those concerns. He says the embryos he created aren’t the equivalent of a human being because they weren’t fertilized naturally.

Don’t miss this. The sole reason given that the cloned human embryos aren’t valuable is because they weren’t fertilized naturally. Why in the world should I believe that matters?

What does his argument imply about the people that were conceived using in vitro fertilization? At precisely what point did they become “people?” They were never conceived naturally.

It is not sufficient for scientists to simply dismiss the arguments about the substances of persons from philosophers such as J.P. Moreland, Francis Beckwith, Patrick Lee, Robert P. George, and Hadley Arkes.

As if this fact changes anything, the next sentence in the article says,

And his experiments with monkeys indicate that it’s unlikely that they could ever develop into a healthy baby.

Let’s assume for a minute that he’s right. Even if he is, it’s morally irrelevant. Just because you are creating living human beings that aren’t healthy enough to live long, does not make them non-human. It simply makes them unhealthy or damaged.

Question: What are your concerns regarding human cloning? Leave a comment below!