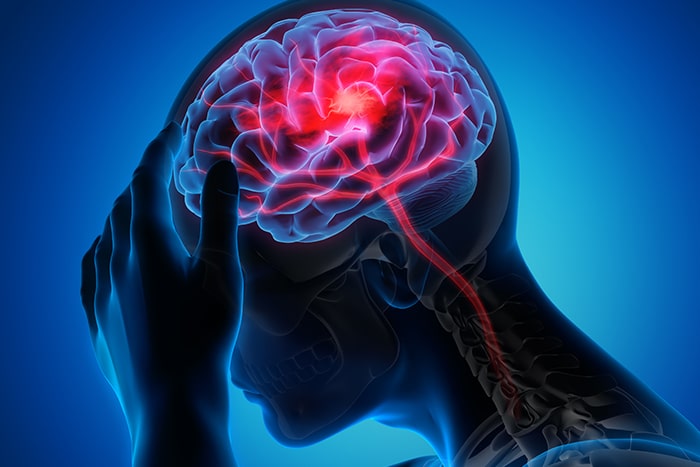 Editor’s Note 12/15/20: We’ve expanded the conclusion to clarify how we use thought experiments in conversation.

Editor’s Note 12/11/20: We’ve changed the original adjective about the worldview we discuss here from “weird” to “unorthodox”, which has a less negative connotation.

Here’s the bad news up front: sometimes you’re going to get stuck in a conversation about abortion because the other person has a strange worldview. This is what happens, for example, when talking to someone who defends act utilitarianism or moral relativism. Their worldview justifies abortion, and also a number of really problematic things, and the only way through is to help them see that the problems in their position are too much to merit defending.

In other words, your goal is to wake them up from a bad worldview by showing them why it makes ethics a nightmare.

By way of example, let’s examine a comment responding to one of our podcasts that was brought to our attention by a listener. There is a very odd philosophical position lurking behind scientific-sounding language, so I’m going to clarify the position and show why it’s problematic.

First trimester abortions (which constitute ~90% of all abortions in the US) do not kill human persons.

A human person, i.e. a mind (which is what you and I are), is a property of the brain of a human organism (i.e. a human body). A human body is simply multicellularly alive and constituently unicellularly alive (insofar as its constituent cells are alive in the same way that any other unicellular organism, like bacteria [sic], is alive). A living person, however, requires not only a brain; but a brain that is both sufficiently neuronally connected and with neurons that are sufficient [sic] communicating. Only sufficiently connected and communicating brains can be shown to have the property of mind, i.e. the property of person [sic].

The idea that a first trimester embryo has a mind, i.e. a person, associated with its brain is in opposition to all available data. What has rights is YOUs and MEs. There is no you or me, i.e. a mind, i.e. a person, associated with an embryo. Don’t conflate a human person, i.e. a mind that is the property of a brain, with a body, i.e. a multicellularly alive and constituently unicellularly alive human organism.

You are not your body and you are not your brain; you are the mind that is a property of your body’s brain. First trimester abortions kill human bodies for which no human person has yet come into existence in association with [sic]. It is a serious violation of a person’s bodily autonomy to make it illegal for them to remove a person-free body growing inside their body. Embryos are not lifeless in the sense that that they aren’t multicellularly/unicellularly alive, but they are lifeless in the sense that there is no living person that exists in association with them.

Looking for the Latent Worldview

But then the latent worldview comes to the surface.

The commenter maintains that you are your mind—not that you have one, you are one. Specifically, you are not your brain or anything else in your body, and bodies therefore have no status as persons. Furthermore, this mind-person is somehow the property of a sufficiently developed brain, which is…part of your body.

My first reaction was that this was just gnosticism. Gnosticism can mean different things, given its history as a philosophy and a heretical religion, but what’s relevant for our purposes is that it involves labelling matter as evil and the immaterial as good. So, when the commenter located the self solely in the mind, and took great pains about the valuelessness of the body, it seemed gnosticism was at work.

I did more research, and the process by which the commenter believes the mind comes to be actually matches up with a specific philosophical approach to what’s called the “mind-body problem.” One position stipulates that, while the mind is immaterial and the body is material (a position known generally as dualism), the mind actually emerges from the brain once it is sufficiently developed and is dependent upon the brain for continued existence. This position is called “emergent dualism.”

Problems with the Unorthodox Worldview

Emergent dualism isn’t the only solution to the mind-body problem (there are other ways of explaining how thought works and is related to our physical bodies). Substance dualism, for example, is the general position of Christians, and maintains that body and soul are different in kind and comprise a single unified being. Materialism holds that everything is physical, including our thoughts, and some versions believe all thoughts will eventually be explained through neurobiology and other sciences.

Because there are alternatives, people don’t need to be committed to emergent dualism if it has major issues—which it does. Philosophically, it has a different version of the sorites problem that Tim talked about in his article on the Fallacy of the Beard. Basically, at n brain particles or structures, you get a mind, and at n-1, there’s no mind. Why should adding a single particle effectively create an immaterial mind? There are other interesting issues, and you should check out this paper on the subject if you’re up for a challenging read.

In conversation, though, I’m just going to make a beeline for the ethical problems. Remember, we want to show that the worldview is ethically untenable.

The first thought experiment I would use is one from Dr. Francis Beckwith’s Defending Life. Suppose we had the ability to create embryos without brains who could be kept alive and growing through birth, when we would use them as organ donors for infants with major diseases. Emergent dualism, in particular the gnostic version used by the commenter, is unable to say what’s wrong with this picture. After all, the mind never came into being, so it was never a person with rights.

A similar example comes from Aldous Huxley’s Brave New World. Early in the book, we’re introduced to Bokanovsky’s Process, in which fertilized eggs destined to be underclass workers undergo stressors to force them to divide and twin repeatedly. After this, the embryos are subjected to restrictions (such as lack of oxygen) designed to deprive them of intelligence. This occurs before the first trimester, before which our commenter maintains there can be no mind and no personhood. Has any harm been done to these embryos? If your worldview can’t answer “yes” convincingly, you should look into a new worldview.

Our commenter’s view on emergent dualism and personhood lets him endorse a pro-choice position. Once we figure out it’s a worldview problem rather than a fact problem or an argument problem, we look for the major ethical problems in the worldview. To do this, I would spend some time talking about whether harm occurs in the thought experiments above, especially the one from Brave New World. As a side note, expect to spend a fair amount of time in these thought experiments; they’re not mic drops, but rather a way to clarify and discuss the central issue. After asking the commenter about these two thought experiments, I want to make the decision clear: Is it worth it to defend a right to abortion if it means you can’t tell me what’s wrong with these scenarios? You can have your pro-choice view and be logically consistent, but it’s always going to be at a major ethical cost.

The post Responding to an Unorthodox Worldview that Justifies Abortion originally appeared at the Equal Rights Institute blog. Subscribe to our email list with the form below and get a FREE gift. Click here to learn more about our pro-life apologetics course, “Equipped for Life: A Fresh Approach to Conversations About Abortion.”