This article is an expanded version of a piece I wrote for Life Matters Journal, in which I answered a question from one of LMJ’s readers. This reader asked for help responding to the question of rape:

One of the most common questions I get about being pro-life is “But what if the mother was raped?” I stand for all life, even life that was created through rape or any other difficult situation. How can I explain that to a pro-choicer in such a way that I don’t come across as callous or uncaring about the mother’s situation?

I love the way this question is worded. You clearly care about showing that you don’t only care about the child, but that you rightly care for the survivor of rape as well. Many pro-life people don’t communicate that very well when they talk about rape. They come across as if they have something we call “Fetus Tunnel Vision.” I think the question of rape is the most common example of this. Immediately we say, “The child’s right to life shouldn’t be dependent on how it was conceived!” I agree with that, but who does this skip? The mother.

My friend Steve Wagner at Justice For All has made a huge impact on the way I think about how pro-life people should respond to rape. He says:

When a pro-choice person brings up the issue of rape, they’re not terribly concerned at that point if the unborn is human. They want to find out whether you’re human.

Can you see how horrible rape is? If not, please don’t tell people you’re pro-life. I’ve trained people before who understood the definition of rape, but they didn’t understand what rape is. There are other pro-lifers who cannot hear the word “rape” and let themselves acknowledge how horrible rape is because they feel like they’re losing debate points or time. There’s too much of that out there and it’s hurting our movement.

So, here’s what we should do instead. We should first acknowledge the horror of rape. 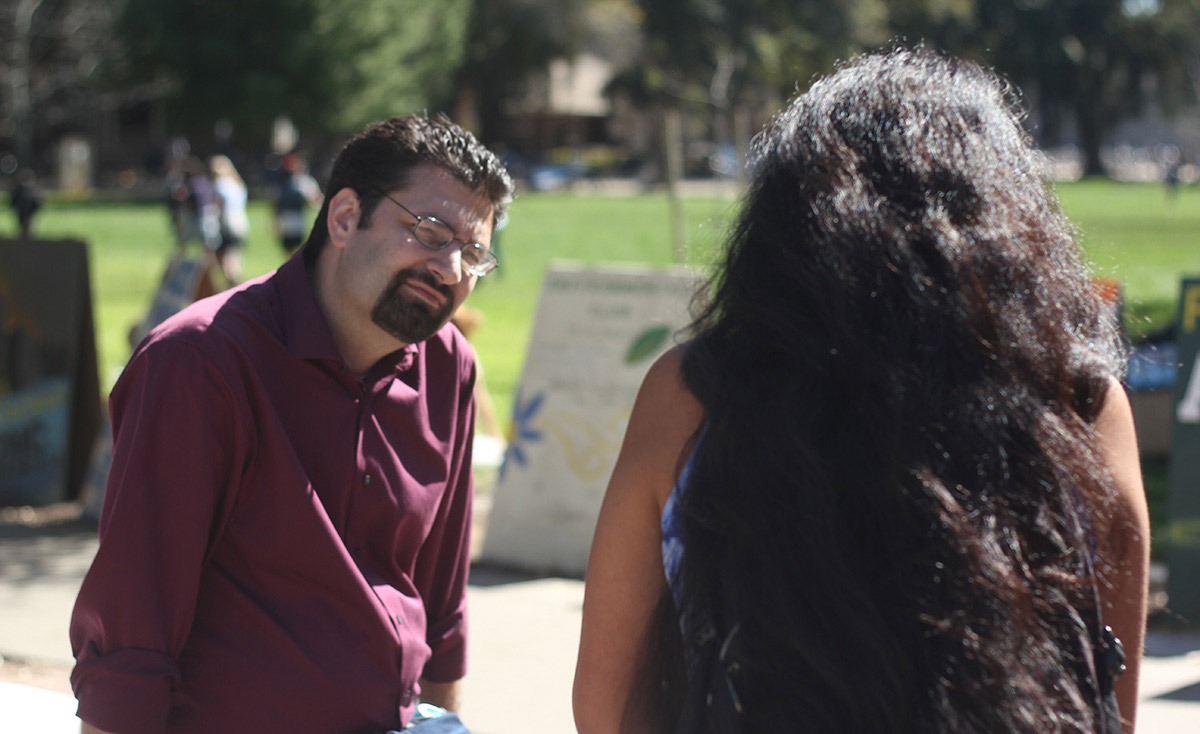 Please hear me. I’m not telling you to fake compassion. Rather, we should clearly express the genuine compassion we have for survivors of rape. [Tweet that]

I was talking with a pro-choice woman in the Denver airport once, and it wasn’t long before she asked me, “What about rape?” I took a cue from Steve Wagner and said this:

Rape is one of the worst things that I know about. Thinking about rape makes me feel really sad and really angry at the same time. I have friends who have been through that experience. Rape is horrific, and if she becomes pregnant, she’s probably going to make the most difficult decision of her life.

She has three choices. She can either do what’s right, which in my mind is carrying the baby to term, which includes nine months of pregnancy and a painful delivery. She can then keep the child which is a very expensive 18-year commitment; she can choose adoption, which I think is a very heroic and selfless act, but it’s also very emotionally painful for most birthmoms; or she’s going to make the wrong decision and hire a doctor to shred the baby to death.

I think the rapist should be punished for all of that. He has committed multiple moral crimes if the survivor becomes pregnant. He’s not only forced himself on her sexually, but he’s also forced her to become a mother. I don’t think we should force women to become mothers.

Now, this is often where I stop. You see, there are two challenges in front of me when someone brings up the issue of rape: a relational challenge and an intellectual challenge. We at ERI train our students to first address the relational challenge and to only address the intellectual challenge if the other person brings us there. Some people only need to hear the relational part that day. When we talk to people, we are trying to love them, and loving people well is complicated. Sometimes loving people means making a good argument. Sometimes it means just listening to them.

This approach is not an absolute rule; it’s a helpful rule of thumb for many of our students. Most pro-life people are far too quick to respond with an argument. It’s kind of like how if you go to a shooting range and notice that you are trending to the right, you might aim a bit left to try to correct yourself. When we notice a pro-life person is too quick to focus on arguments, we push them to just focus on the relational challenge in order to help them correct themselves. However, if we notice a student is too timid about making arguments, we’ll push them to spend a very small amount of time on the relational challenge with the hope that they’ll become more balanced.

When I talk to people about this issue, they often bring me to the intellectual challenge by saying something like, “Okay, I get it. You don’t like rape. I appreciate that, I really do. We agree that rape is really horrible and since we agree on that, can’t we agree that at least in the case of rape abortion should be legal because rape is so bad?”

I’ll tell you the response that has worked the best for me. I used it in a public debate with a leader from Georgians for Choice in front of a packed auditorium of pro-choice students. The issue of rape came up a lot, but it was only when I presented the following scenario that I could see light bulbs come on for some of the students. I said:

Let’s imagine that a woman is raped and becomes pregnant, and she decides not to have an abortion. Some people do decide to not have abortions. Not every pregnant rape survivor has an abortion. So she’s one of those who decides not to have an abortion. She gives birth to a baby boy. She is getting therapy, and the rapist’s butt is in jail where it belongs. It’s not easy, but for the sake of the argument, it’s going as well as it could be. She’s on the slow road to healing. And then, her son turns two, and, for the first time, he looks like her rapist. Her son got his looks from his biological dad, and now it’s causing flashbacks every time she sees him, and she’s having nightmares every night because she’s around her son all the time. It gets to the point where it’s really bad and she’s starting to hate her son, to the point where she wants to kill her son.

I asked the audience, “Should she be allowed to kill her son?”

Everyone in the audience said, “No.”

And I said, “Why is that different?”

And she said, “Because he’s human.”

I said, “Precisely! And IF the unborn is equally valuable as the toddler, then we shouldn’t kill the unborn to solve an emotionally traumatic event.”

We should surround this woman with love and the kinds of resources she needs. I’m not saying we fix it, but we do the best we can. Basically, we should be willing to do just about anything for this woman except kill someone. I won’t cross that line. It doesn’t mean that I don’t care about her. I want things to be instantly better for her. But if people should be given an equal right to life because of the kind of thing they are, then the most rational conclusion I can come to is that we should not kill young people to help someone else feel better about a horrible situation.

In response to this answer I saw a lot of audience members nodding, and when the debate ended the two women sitting in front of my wife turned to each other and said, “We need to stop this abortion thing.” 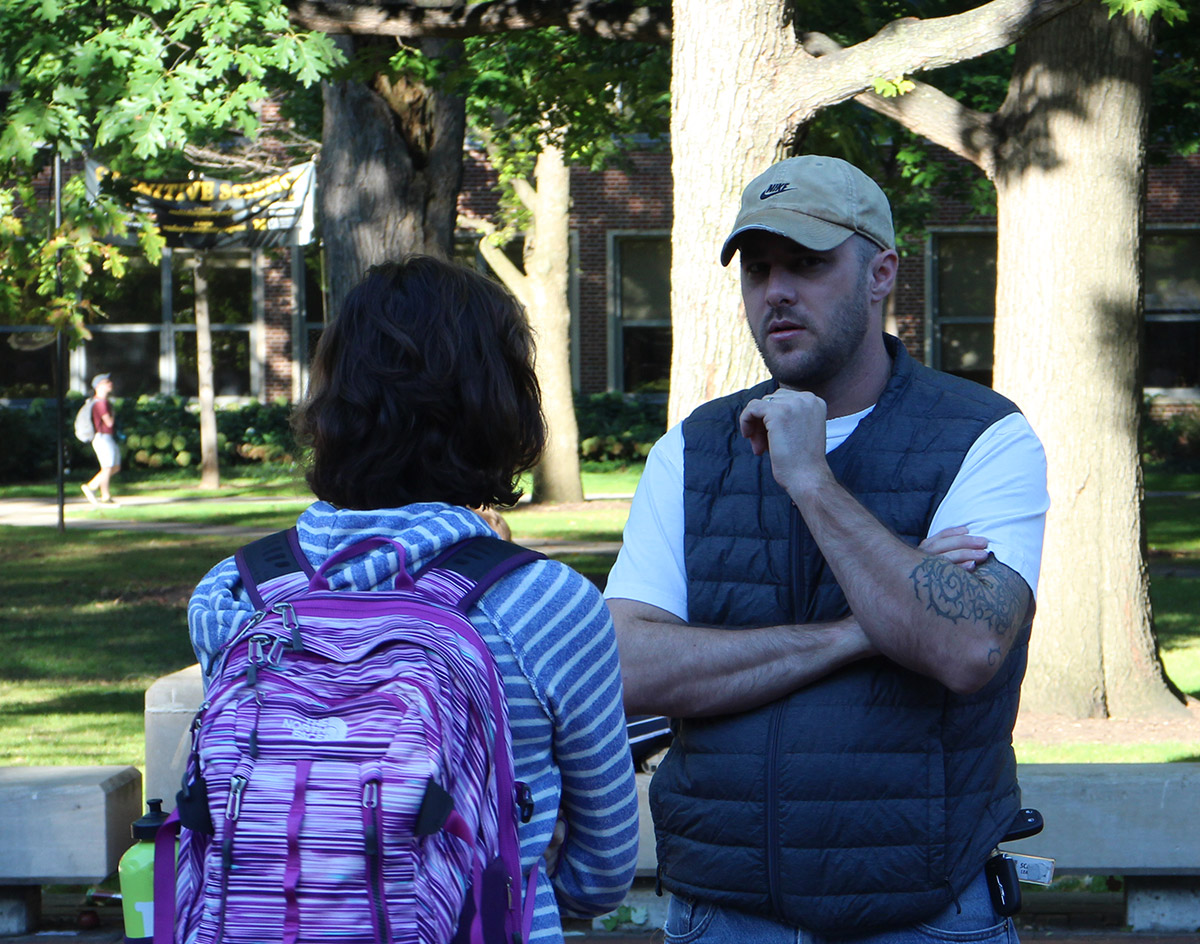 Jacob Nels at the University of Michigan.

Question: How do you respond to the question of rape when pro-choice people ask about it?

The post “Responding to the Question of Rape with Wisdom and Compassion” originally appeared in Life Matters Journal and later at the Equal Rights Institute blog. Subscribe to our email list with the form below and get a FREE gift. Click here to learn more about our pro-life apologetics course, “Equipped for Life: A Fresh Approach to Conversations About Abortion.”