The change we’ve made to the way we argue for equal treatment for the unborn, and why we made it.

It’s been almost a year since I started this blog and by far my most popular post is my explanation of the basic Equal Rights Argument that I and my colleagues at Justice For All have been using in conversations with pro-choice people. It became so effective that I called it the “most undervalued argument in the pro-life movement.”

What is the property that human adults have equally? Originally, we were saying that it seems like we all have “humanness” in common. If someone asks why “humanness” matters, I would say something like, “I believe there’s this guy who walked out of his own tomb 2,000 years ago. He believed in the Torah, which says that God made humans in His own image, that He did something special with humans that He didn’t do with other animals, giving me a reason to believe that ‘humanness’ might morally matter.”

But as I’ve used this argument lately, I’ve noticed there’s a pragmatic problem: it’s not terribly convincing to pro-choice atheists who immediately brush off the argument as inherently religious. That’s a practical problem, but I think there’s an even greater problem philosophically: the “humanness” argument can’t account for the right to life of fictional aliens.

Remember that scene in Men in Black where Tommy Lee Jones is hilariously interrogating Frank? 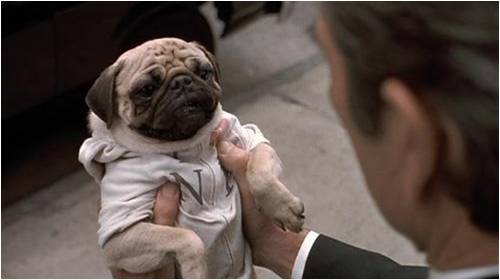 What if Tommy Lee Jones got really mad because he wasn’t getting the information he wanted from Frank, so he pulled out his gun and killed him right there? Most of us would think that was morally wrong.

It’s not because Frank is human. If Frank has a prima facie right to be equal treatment, it must be because of a property he has that is not humanness.

Disclaimer: I don’t personally believe aliens exist, although they might. That’s not the point. When we imagine sentient aliens like those in Men in Black and District 9, we think they have a prima facie right to equal treatment. Obviously we could kill aliens in self-defense, but that’s true of human persons too. I’m arguing that all humans are persons, but that there could be non-human persons. At the very least, angels seem to be examples of non-human persons.

This problem, what many philosophers call “the Vulcan problem,” is the main reason that I’m not primarily arguing for equal treatment because of humanness anymore. I do sometimes when I can tell that a simpler answer would be more helpful to the person I’m talking to, because I still believe that humanness is morally relevant, but admittedly that’s because I’m a Christian who believes that humanness really does matter.

Instead, I prefer to argue that the property we all have in common that grounds our right to equal treatment is our rational nature.

This is hardly an original argument. Dr. Frank Beckwith has done great work on this as has other important pro-life philosophers. The way I talk about it I largely owe to my friend Trent Horn, although I’m still playing with the ideas. I just want to let you in on what I’m using right now.

Let me start by putting the Rational Nature Argument as I use it into a syllogism, for clarity.

We want to argue that what matters is not your present abilities, but the kind of being you are, that will lead you to develop certain abilities, thus deserving of respect.

I think a few quotes from Christopher Kaczor’s magnificent book, “The Ethics of Abortion” would help here. This is from his section on Endowment vs Performance accounts of human value. (Most pro-life apologists use the terms “Intrinsic vs. Instrumental value,” but they mean the same thing.)

“The endowment account holds that each human being has inherent, moral worth simply by virtue of the kind of being it is. By endowment, I mean that the being in question has an intrinsic, dynamic orientation towards self-expressive activity. Beings with endowments that orient them towards moral values, such as rationality, autonomy, and respect, merit inclusion as members of the moral community.”

“Rational endowment is nothing other than the capacity, ability, or disposition (though perhaps not realizable) enjoyed only by whole, living beings whose active self-development is aimed towards and whose flourishing consists in freedom and rationality.”

Notice that this argument doesn’t require an entity to have a present capacity for rationality, nor does it require the entity needing to have crossed over a threshold of having rationality for the first time in the past. We are arguing that what matters is being the kind of being that has a rational nature.

Unborn human organisms have that nature from their earliest stage of development. And if having a rational nature is the property that grounds our right to equal treatment, then the unborn deserve to be treated equally.

The post “The Rational Nature Argument for Equal Treatment” originally appeared at JoshBrahm.com. Click here to subscribe via email and get exclusive access to a FREE MP3 of Josh Brahm’s speech, “Nine Faulty Pro-Life Arguments and Tactics.”

Question: What do you think of this argument? Do you think it would be more helpful than arguing for equal treatment based on humanness? Is there a third choice you prefer?

Please note: I reserve the right to delete comments that are snarky, offensive, or off-topic. If in doubt, read My Comments Policy.

Disclosure of Material Connection: Some of the links in the post above are “affiliate links.” This means if you click on the link and purchase the item, I will receive an affiliate commission. Regardless, I only recommend products or services I use personally and believe will add value to my readers. I am disclosing this in accordance with the Federal Trade Commission’s 16 CFR, Part 255: “Guides Concerning the Use of Endorsements and Testimonials in Advertising.”