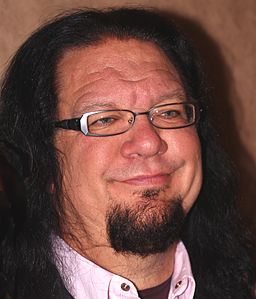 If you haven’t heard of him, he’s most famous for being a magician and runner-up of Donald Trump’s recent Celebrity Apprentice All-Stars, but only slightly less famous for being an outspoken atheist. Penn is really intelligent and kind. He’s also genuinely intellectually honest, and I have a.hard time NOT liking people who are intellectually honest. I’m pretty sure he’s somewhat pro-choice, although he made a video a long time ago that I can’t find anymore where he talked about how abortion is a really tough issue for him and that his mind could be changed about it.

The point is, Penn is one of my favorite atheists. He’s the kind of guy I would love to be friends with. You listen to him talk about anything and you want to hang out with this guy and talk religion and politics.

If you haven’t seen it before, you should absolutely watch the video below about how Christians would have to hate the people they don’t try to convert. It’s one of the most clear and pointed arguments FOR evangelism I’ve ever heard, and it came from an atheist. The relevant quote is below the video in case you prefer reading only, although I think you lose something when you don’t hear these words said from the man himself.

“I’ve always said that I don’t respect people who don’t proselytize. I don’t respect that at all. If you believe that there’s a heaven and a hell, and people could be going to hell or not getting eternal life, and you think that it’s not really worth telling them this because it would make it socially awkward—and atheists who think people shouldn’t proselytize and who say just leave me alone and keep your religion to yourself—how much do you have to hate somebody to not proselytize? How much do you have to hate somebody to believe everlasting life is possible and not tell them that?

“I mean, if I believed, beyond the shadow of a doubt, that a truck was coming at you, and you didn’t believe that truck was bearing down on you, there is a certain point where I tackle you. And this is more important than that.”

I was listening to his podcast “Penn’s Sunday School” recently and during the May 13th episode, Penn goes off on a beautiful tangent about loving the people he disagrees with. This is what he said:

You know, a guy came up to me tonight after the show, and said if you ever change your mind about Christianity, here you go, and gave me one of those rubber bracelets. He just came up with eye contact and the sweetest smile and all the love in the world, “If you ever change your mind about Christianity I want you to have this, and let you know that I’m praying for you,” and I said, “Well, thanks a lot, man!” And it was just this happy exchange. It does not mean that I don’t think he’s 100% wrong and that he would not be better off if he was living life now and not for the future. And it’s not that I wouldn’t say that to his face. . .and as I get older it just gets better because my passions for ideas stay the same and my passions for people seem to grow.

Let me ask you a question. Do you have pro-choice and/or atheist friends, and if you do, do you really love them? I ask because I suspect some pro-life people wouldn’t allow themselves to love a pro-choice person because they think it’s not possible to do that without compromising their beliefs.

There are four pro-choice atheists that come to my mind as I think of my list of friends. I’ve had more than that, but these are the friendships that have lasted a long time. These are people whom I sincerely love and want the best for. But that doesn’t make me less passionate about abortion. It just means I’m also passionate about people, particularly those who don’t know my Savior yet.

I want to encourage you to start thinking seriously about the impact you want to have in your lifetime. You will make the greatest impact on the people you’re friends with, not the people you occasionally spar with on Facebook. [Tweet that!] If that’s true, you’d be crazy to not desire friendships with atheists.

I promise they don’t bite.

Thanks, Penn, for giving me a new way to explain why we should be passionate about religion, politics AND people.

The post “Penn Jillette on Loving the People He Disagrees With” originally appeared at JoshBrahm.com. Click here to subscribe via email and get exclusive access to a FREE MP3 of Josh Brahm’s speech, “Nine Faulty Pro-Life Arguments and Tactics.”