The Kansas Supreme Court dropped a controversial 6-1 decision that overturned a state abortion restriction and cemented a right to abortion into the Kansas Constitution. This prevents Kansas from enacting any further abortion restrictions for the time being; however, there is still a way for the pro-life people of Kansas to find a way out of this situation. 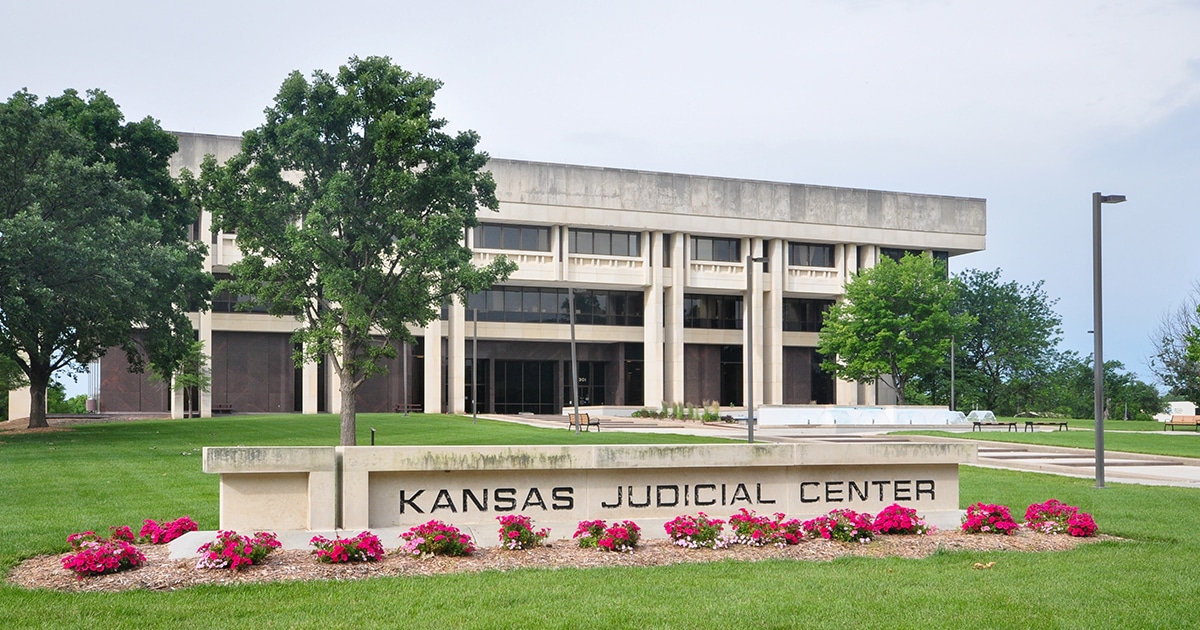 In 2015, Kansas passed a law banning Dilation and Evacuation abortions, otherwise known as D&E procedures or dismemberment abortions. The procedure is performed for most second trimester abortions, and this state law was among the first of its kind in the post-Roe era. After the law was struck down by a Kansas district court in 2015, the state appealed to the Kansas Court of Appeals, which issued a 7-7 split decision in 2016, failing to reach the majority necessary to overturn the lower court’s decision. The state of Kansas appealed once again, this time to the Kansas Supreme Court, which delivered a disappointing 6-1 decision to strike down the law.

The court’s decision was rooted in Section 1 of the Kansas Bill of Rights, which reads:

Equal rights. All men are possessed of equal and inalienable natural rights, among which are life, liberty, and the pursuit of happiness.

Section 1 of the Kansas Bill of Rights is similar to the Fifth Amendment of the U.S. Bill of Rights, which has often been interpreted to preserve “fundamental rights” such as the right to send your child to a Christian school and the right for schools to teach foreign languages.

However, this protection of unenumerated rights is a double-edged sword, as the Kansas Supreme Court ruled that the right to abortion was also a “fundamental” and “inalienable” right protected by Section 1 of the Kansas Bill of Rights. The court stated:

Section 1 of the Kansas Constitution Bill of Rights affords protection of the right of personal autonomy, which includes the ability to control one’s own body, to assert bodily integrity, and to exercise self-determination. This right allows a woman to make her own decisions regarding her body, health, family formation, and family life — decisions that can include whether to continue a pregnancy.

As discussed in my recent article Pro-Choice Doesn’t Have to Mean Pro-Roe, the overturning of Roe v. Wade would allow all states to make their own abortion restrictions. Because of this decision from the Kansas Supreme Court, the state of Kansas would not be able to pass any additional abortion restrictions even if Roe was overturned, as the Kansas Supreme Court’s decision is binding within the state. Now, if Kansans want to nullify the court’s decision, they will need to pass an amendment to the Kansas Constitution protecting the right to life for unborn children.

Each state has different criteria for ratifying a new amendment to its state constitution. The process for amending the Kansas Constitution is very similar to that of the United States Constitution, as it requires two-thirds of both houses of the legislature to vote in favor of an amendment for it to be passed for ratification.

The Kansas Supreme Court’s decision serves as a helpful reminder that local politics can be more important than what happens in Washington, D.C. It is incredibly important that we support the pro-life politicians running for positions in our state legislatures. Additionally, in some states, such as Kansas, voters help play a role in electing judges.

Kansas Supreme Court justices are appointed by the state’s governor, but they are subject to re-election by the voters. Consequently, Kansas voters could gradually vote out the six judges who ruled abortion to be a “fundamental right.” In theory, doing so could gradually change the ideological makeup of the court and overturn this case. However, this is not the ideal route, as it would take many years for enough judges to be voted out, and the governor(s) of Kansas must appoint pro-life justices, which has evidently been an issue. Also, courts often prefer to wait a longer period of time before overturning a major decision such as this one

Because of the far-reaching abortion protections established by Roe and its progeny, state judges and state constitutions are rarely discussed; however, these are vital factors in the fight for pro-life legislation. Some states, such as Alabama, have already taken steps towards amending their state constitutions to ensure that judges have no choice but to uphold pro-life legislation. If Roe is overturned, such states would be free to pass any pro-life laws they want without interference from federal courts.

Pro-life states should begin preparing for the post-Roe era of American politics now. If they don’t, they may share the same fate as Kansas and find themselves strangled by pro-choice judges and inadequate state constitutions.

The post “Kansas Bombshell Shows Why State Constitutions Matter” originally appeared at the Equal Rights Institute Blog. Subscribe to our email list with the form below and get a FREE gift. Click here to learn more about our pro-life apologetics course, “Equipped for Life: A Fresh Approach to Conversations About Abortion.”