Pro-choice people often bring underlying assumptions to the table when discussing abortion. Most of the time, while these assumptions play an important part in how they justify their position, they won’t say them out loud and may not even be able to articulate them. If we don’t reveal and confront these hidden premises in our conversations about abortion, we have a much smaller chance of getting a pro-choice person to think differently about abortion. 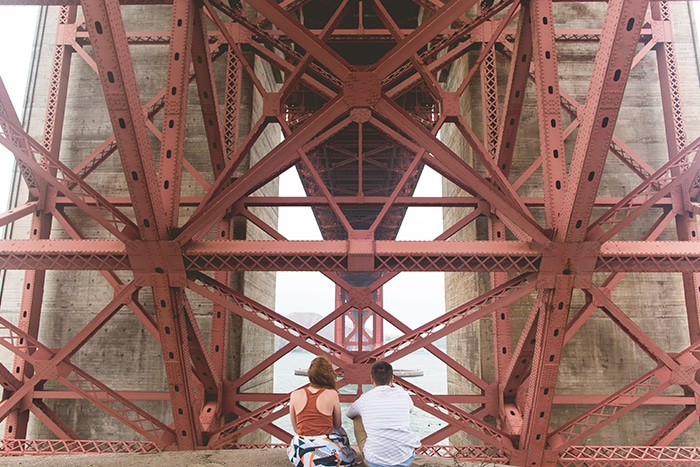 Seeking to understand the underlying beliefs pro-choice people have is necessary to change their minds, but it’s also a matter of intellectual virtue. Personally, I know when someone takes the time to understand my viewpoint better, even when they don’t agree with it, I feel seen and heard—and I, in turn, am more likely to extend grace and understanding to them during our conversation. Who wants to discuss a divisive topic with someone who isn’t even trying to understand your point of view? And when we accurately understand a pro-choice person’s core belief instead of mischaracterizing it out of ignorance (or assumptions on our part), we can more effectively share good pro-life arguments which address their beliefs instead of talking past or at them. And if we can do that, we have a better chance of changing their minds.

I want to outline a few common hidden premises of pro-choice arguments and show you how to recognize when they’re being used in a conversation. Then, I’ll offer ways to respond to what the pro-choice person actually thinks.

There are many possible ideas which might be the foundation on which someone bases their pro-choice belief about abortion. Some people may be bringing multiple of these assumptions to the table. Another possibility is that your conversation with them is the first time they’ve been pushed to examine what, exactly, are their core beliefs on abortion. Here are some examples of underlying assumptions:

Even if they’re not explaining the basis of their statements about abortion, oftentimes pro-choice people will use words or phrases that can tip you off as to what premises might be just under the surface. I’m going to provide some real examples I have seen and heard from pro-choice people to show how a statement can indicate an underlying assumption.

The denial of fetal personhood could be the assumption here. Many times people use the word “human” interchangeably with “person,” or to otherwise convey an idea of value. (Make sure they’re not denying biological humanity, just in case.)

Women aren’t hosts and shouldn’t be forced to use their body as life support if they don’t want to.

The use of “host” and “life support” to describe a pregnant woman could be how they think pro-lifers see pregnant women or may indicate how they view the human fetus. They might see the human fetus is an invader, a trespasser, or a parasite—a being that holds a woman hostage or directly harms her. “Force” often indicates a bodily rights assumption, as well. Since women have the right to do whatever they want with their bodies or at least deny the use of their bodies, not allowing her an abortion is “forcing” her to be pregnant.

Once you have an idea of the underlying assumption being brought into the argument, don’t be hesitant about turning the conversation to pursue that! Asking clarifying questions is key to having a productive conversation. You can’t just assume what their bedrock belief is, or you run the risk of ruining a chance at good conversation by making the other person feel maligned or ignored and making yourself look ignorant and rude.

In online conversation, trying to uncover someone’s underlying assumptions can be perceived negatively. In person, body language and tone of voice can convey your true interest in seeking deeper understanding, but those things are often lost in writing. Some extra attention to explaining what you are trying to do may be necessary. I have encountered people who assumed that my asking questions to gain an understanding of their views actually meant I was ignoring what they said or judging or shaming them.

Here’s some ways I might phrase a turn in conversation to pursue someone’s underlying assumptions:

Responding to the Root of the Difference

Once you’ve accurately characterized what the other person’s bedrock beliefs are, then you can respond with an argument addressing what they actually think. There are many good pro-life arguments, but the average pro-choice person hasn’t been exposed to them.

For example, for the person you’ve been talking to who you discovered believes human fetuses are biologically alive and are human organisms, but doesn’t think they are human persons, introduce them to the Equal Rights Argument. Likewise, if in response to your questions they’ve revealed that they believe in absolute bodily autonomy for women, getting them to see the extreme but logical outcomes of their viewpoint could help them reconsider their viewpoint.

We should not only address the pro-choice person’s underlying assumptions with strong pro-life arguments, but also present our arguments winningly. Organizations like ERI and Justice for All have a lot of resources which focus just as much on presentation of good pro-life arguments as they do on the arguments themselves (Don’t Be Weird is maybe my favorite tip ever).

Trying to figure out a person’s underlying assumptions about abortion is hard work! It takes time, patience, and mental and emotional energy. Humanizing those you disagree with can be difficult. The results are worth it, though—both for yourself and your conversation partner.

The post How to Find Underlying Assumptions in Dialogue about Abortion originally appeared at the Equal Rights Institute blog. Subscribe to our email list with the form below and get a FREE gift. Click here to learn more about our pro-life apologetics course, “Equipped for Life: A Fresh Approach to Conversations About Abortion.”

The preceding post is the property of Petra Wallenmeyer (apart from quotations, which are the property of their respective owners, and works of art as credited; images are often freely available to the public,) and should not be reproduced in part or in whole without the expressed consent of the author. All content on this site is the property of Equal Rights Institute unless the post was written by a co-blogger or guest, and the content is made available for individual and personal usage. If you cite from these documents, whether for personal or professional purposes, please give appropriate citation with both the name of the author (Petra Wallenmeyer) and a link to the original URL. If you’d like to repost a post, you may do so, provided you show only the first three paragraphs on your own site and link to the original post for the rest. You must also appropriately cite the post as noted above. This blog is protected by Creative Commons licensing. By viewing any part of this site, you are agreeing to this usage policy.

She worked at OSU in the chemistry and biochemistry departments and now works full-time at Heartbeat International, helping connect pregnant and worried women with local life-affirming resources to get the help and support they need.

In her free time, she is a writer, editor, and the Content Director for the Human Defense Initiative, has written for Pregnancy Help News, and gives presentations about the pro-life viewpoint and movement to anyone willing to give her a captive audience. Petra is passionate about the pro-life movement and strives to find ways to use her science background and teaching experience to speak up for the most vulnerable humans among us.