The rhetoric of the pro-choice position has long been a hands-off approach to abortion, arguing that every individual should be able to do as they please in regards to abortion. Pro-choice advocates have long criticized pro-lifers for “forcing their morality” on other people. 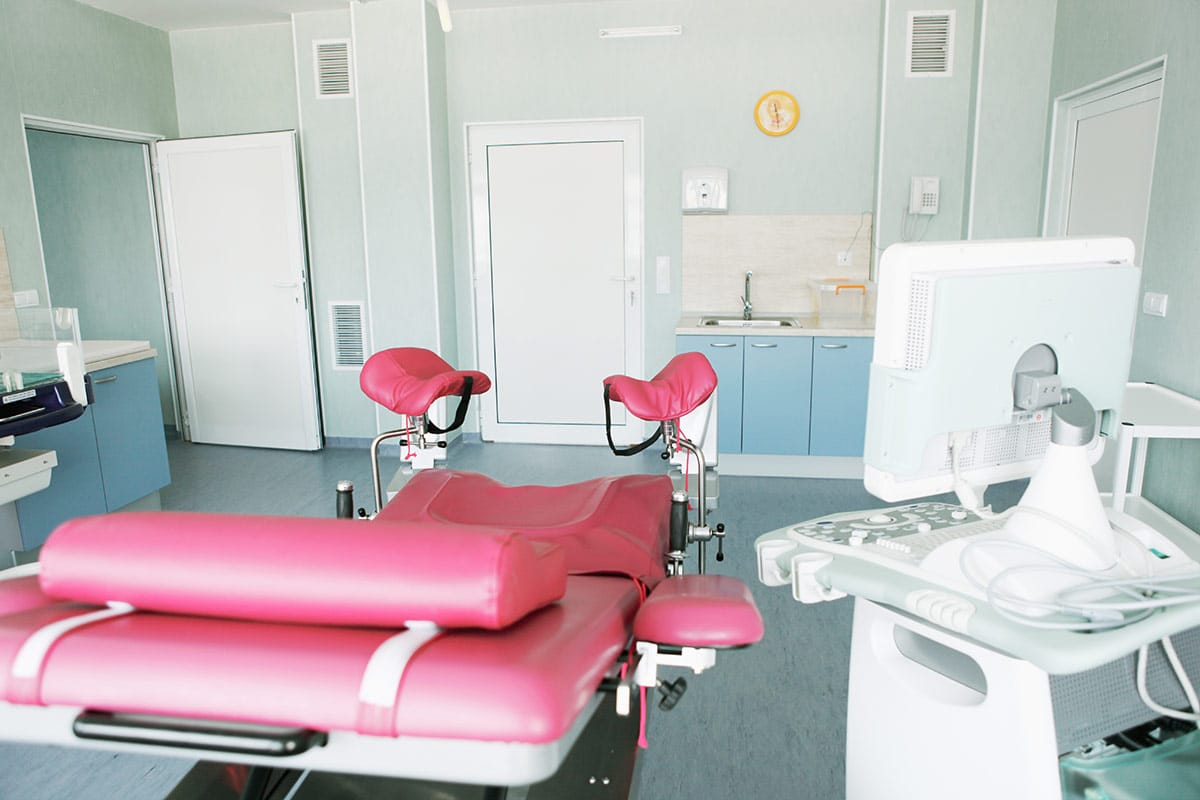 Interestingly, the pro-choice movement is now advocating what it has long condemned — imposing their beliefs on other people. They are seeking to do this by requiring taxpayers to directly fund abortion. For the pro-choice movement, supporting abortion is no longer an option that one may voluntarily choose, but one they wish to force everyone to support. Ironically, there is no “choice” involved here.

One way to demonstrate the error in this logic is to present a hypothetical scenario that substitutes the unborn child with a toddler. Pro-choice advocates generally agree that killing a toddler is never a moral or legal way to reduce suffering, even if the child is not loved or cared for. By demonstrating that toddlers and unborn children are both morally equivalent, we can make a case for why killing an unborn child should be considered as immoral as killing a toddler. 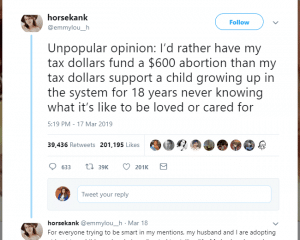 The Twitter user above (who seems to have since made her Twitter account private) claims that she would “rather have my tax dollars fund a $600 abortion than my tax dollars support a child growing up in the system for 18 years never knowing what it’s like to be loved or cared for.” It is true that having an abortion costs less money than raising a child — much less. However, it is highly unlikely that aborted children would otherwise end up in the foster care system. They would most likely be parented by their birth parents or placed with an adoptive family from birth. They wouldn’t be “growing up in the system” unless child protective services took them away from their home because of abuse or other unfit living conditions. The children who remain in foster care are typically those who have aged out of the “desirable” adoptive age and whose parents are not fighting to get custody back from the government. Would the person who wrote this tweet, or any of the 200,000 that liked it, advocate for killing the children currently in foster care?

It is always evil to kill people for economic expedience. It is evil to kill people to prevent future suffering, or because that person isn’t loved by their parents the way each child should be. This tweet is not only advocating for and attempting to rationalize killing — it takes the argument a step further and says you have to pay for it.

From the pro-life view, abortion takes the life of an innocent human person. We argue that from fertilization, a human embryo has the same dignity as you or I do. While that may seem like a radical position to some, we make strong biological and philosophical cases (which I don’t have the time to cover in this article) to support our claims. If people want to donate their private money to support abortion access, then no one is stopping them. However, it is an entirely different thing to advocate that tax dollars fund abortion because that would force people who believe abortion to be the killing of innocent human life to fund it.

Additionally, this would not simply harm people who identify as “pro-life.” If the Hyde Amendment gets repealed, tax money could be used to fund second-trimester and even third-trimester abortions. In a 2019 Harvard poll, only 8% of respondents supported allowing third-trimester abortion at the federal level. So if Hyde is repealed, 92% of Americans could be forced to directly fund abortion procedures they strongly object to.

The argument that everyone should be required to directly fund abortion with their tax money is even more radical than the typical abortion-choice orthodoxy.[Tweet that] Directly funding abortion with federal taxpayer dollars has long been banned because of the Hyde Amendment, which was originally passed in 1976 with bipartisan support. The bill passed the House by a vote of 256-171 with 80 Democrats voting in favor of it. Unfortunately, many abortion advocates today, including all of the front-runners in the Democratic Party presidential primary, want to reverse the Hyde Amendment.

Forcing every American taxpayer to support abortion would be an unprecedented violation of conscience protections. According to a 2016 poll, 55% of Americans support the Hyde Amendment.

Imposing taxes for the sake of funding abortions is clearly an unethical move. If we truly want to care for women and children whose mothers are not well-prepared to care for them, we should allocate time and money towards easing the financial burden of mothers and sustaining the vulnerable life within them – not killing it.

The post Forcing taxpayers to fund abortion? Where’s the “choice” in that? originally appeared at the Equal Rights Institute blog. Subscribe to our email list with the form below and get a FREE gift. Click here to learn more about our pro-life apologetics course, “Equipped for Life: A Fresh Approach to Conversations About Abortion.”