What does it mean to be a father? What does the tragedy of miscarriage tell us about the unborn? And does this give us insight about abortion? 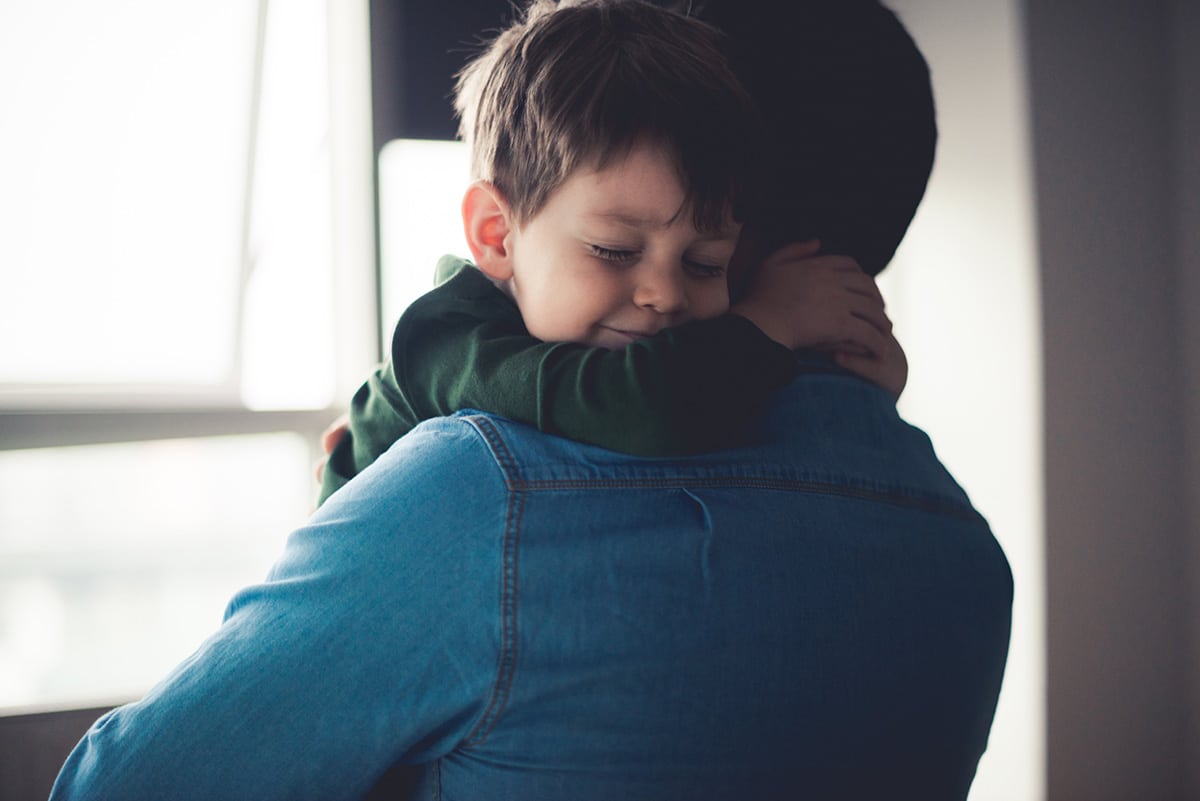 This question — am I a father? — is one whose answer matters a great deal to me, especially as Father’s Day draws near on the calendar. Of course, I already know the answer to the question; I’m not asking it because I have any doubt as to the fact that I am a father. Instead, I’m asking because I think that many people would try to have it both ways. If their philosophy was one which denied the personhood of the unborn, and they gave an answer consistent with that philosophy, then they would deny my fatherhood; but if they answered according to what they instinctively believe to be true, they would say I am a father.

Let me explain. On one hand, my wife is currently pregnant (about which we are both thrilled and nervous). There is a genetically unique child within her, and I am partially responsible (a little under 50 percent responsible, by gene count) for the genesis of that child. Therefore, unless one contests the premise that what is inside my wife is a child, I am a father, and can celebrate Father’s Day. If the four-odd month-old fetus inside my wife is not a child, then no change of import has happened to me; I am, at best, a potential father, a future father.

Perhaps it would change some people’s reactions if I told them that my wife is pregnant not with our first but our second child. Generally, people wish a happy Father’s Day to guys who already have a kid running around, because few people seriously doubt the status of a child who has been born. My situation is a bit different, though, because my wife and I lost our first child by miscarriage. And here the same question as above begins to arise: was what we lost a child? Should I have celebrated Father’s Day last year, since my child did not survive until a full-term birth? Or, in a twisted bit of logic, did I become a father only when my child was dead, since it was located in my wife’s womb beforehand but was outside afterward?

I want to drive home the emotional stakes of this problem because I believe that pro-choice people are usually better than their flawed philosophy. When my wife and I told people about the child we lost, not one person felt the need to inform us that we had not, in fact, lost a child but merely the potential for a child, or a “product of conception”, or anything like that. Even if they thought so (which some may have, since we have many pro-choice friends), they all would probably react with revulsion to the idea of telling a woman who just lost her child that there was no child to lose. Even if they didn’t believe that the child we lost was a creature deserving of full rights-bearing human status, they recognized that the loss we experienced was of a different nature than a mere loss of potential.[1] They recognized that we were not primarily mourning the loss of future experiences with the child, or of our ability to carry that child or potentially other children to term, but rather the death of that child and our separation from it.

I am grateful for the empathetic response of our pro-choice friends; yet, I would challenge it. There are really only three options: 1) we lost a full-blown human child, with value and rights the same as any of us; 2) we did not lose anything of real (or realized) value, so our sadness was foolishness or discontent with our situation, or perhaps the result of an acceptable but disproportionate attachment to what we lost; 3) or we lost something that doesn’t quite merit full status, but is of sufficient value as a human being that its loss should be recognized and it should be accorded some rights. The first of these is the pro-life position, the second is the only consistent pro-choice position for those who deny the personhood of the unborn, and the third admits too much — for, once we begin making distinctions in the relative worth of individual human lives, there is no logical place to stop. Pro-choice people using bodily rights arguments could affirm either the first or third positions with consistency, since they can assume the unborn human is a person and still make their case for abortion rights.

You might wonder why I think those three positions are connected to others’ sympathy for the loss of what I believe to be a child. I think it’s important precisely because I believe that what my wife and I lost was a child. We cannot admit of the ridiculous worldview that our first child was a child to us because we believed him or her to be a child, but similar humans are not children because their parents do not believe that they are. Either we lost a child, or we didn’t, and the status of our child cannot be based on our feelings. The moral status of a gestating human cannot be determined by whether those genetically linked to it want it, since their status as parents is contingent upon its status as a child. And besides, there are people who want those babies in general and who, if made aware of the children’s existence, would want them specifically, so it is disingenuous to say that a child is unwanted and then lower its status on that basis. A consistent pro-choice position which denies the personhood of the unborn must systematically invalidate the experience of every parent who has lost a child before or during birth. I actively hope that few people are willing to bite that bullet.

For those who are unwilling to bite the bullet, who believe that people whose small humans die in pregnancy are parents and what they lose is a child, I must point out that the child lost in miscarriage is substantially the same as the child gestating normally in early pregnancy. What I mean to say is this: if what is lost in a miscarriage is a child, then what is lost in an abortion is a child. If my wife and I were parents when we lost a child in utero, then we are certainly not less than parents now because her second pregnancy is progressing (hopefully!) normally.[2] 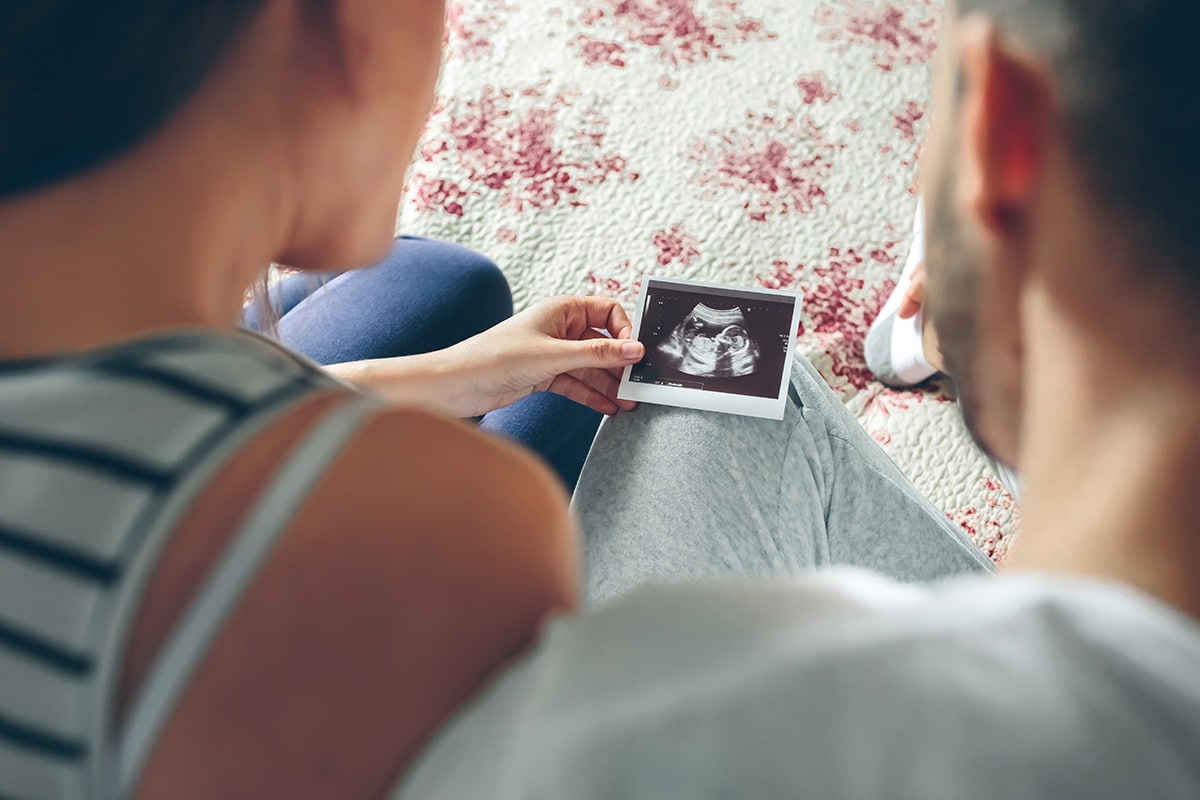 I believe that the child I lost and the child my wife now carries are equal human beings worthy of respect. Accordingly, I know that I am a father; I’d like to think that you know it, too. If you deny that I am a father, very well, but you must be consistent; you cannot treat unborn humans as equal persons when it seems right (like when empathizing with a friend who has lost a child) and as less than equal persons when it doesn’t (like when someone would prevent a woman from getting an abortion). But if you affirm that I am a father, that I have children with moral worth, you must also be consistent; if your philosophy is incompatible with your affirmation that I am a father, you must discard or rework your philosophy in light of a fact with which it cannot coexist.

[1] Which is not to downplay the very real pain of the loss of potential for having children. One interesting side effect of being open about our loss in miscarriage was that a couple who struggled with infertility reached out to us, since we were dealing with similar things. They are not the same thing, though, in that a human life ends in miscarriage while one does not generally begin in infertility.
[2] The same holds true vice versa.

The post “Am I a Father?” originally appeared at the Equal Rights Institute blog. Subscribe to our email list with the form below and get a FREE gift. Click here to learn more about our pro-life apologetics course, “Equipped for Life: A Fresh Approach to Conversations About Abortion.”

The preceding post is the property of Andrew Kaake (apart from quotations, which are the property of their respective owners, and works of art as credited; images are often freely available to the public,) and should not be reproduced in part or in whole without the expressed consent of the author. All content on this site is the property of Equal Rights Institute unless the post was written by a co-blogger or guest, and the content is made available for individual and personal usage. If you cite from these documents, whether for personal or professional purposes, please give appropriate citation with both the name of the author (John Ferrer) and a link to the original URL. If you’d like to repost a post, you may do so, provided you show only the first three paragraphs on your own site and link to the original post for the rest. You must also appropriately cite the post as noted above. This blog is protected by Creative Commons licensing. By viewing any part of this site, you are agreeing to this usage policy.