I spoke at both days of the Central California Diocesan Congress last weekend, and had a booth between sessions. The best moment at the booth was when I met the guy in this picture: 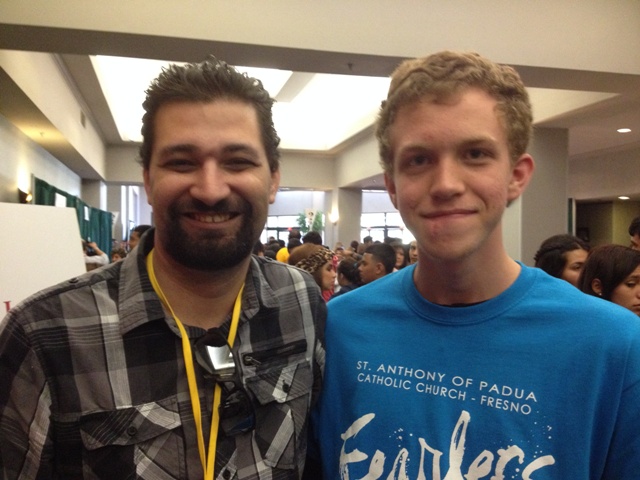 “Ethan” recognized me and said, “Hey, I talked to you at Fresno State this year!” I recognized his face, smiled and shook his hand. Then Ethan told me that he was pro-choice until that day at Fresno State, but he became pro-life in the days following our conversation.

I asked him, “What was it that changed your mind?”

He responded, “It was because of what you said about all humans being equal.”

I had made the Equal Rights Argument, and upon reflection, Ethan became pro-life.

As I’ve said before, this is the most undervalued argument in the pro-life movement. I know philosophers, particularly J.P. Moreland and Christopher Kaczor, have been making it for years. I think we should be making it more often at the advocate level.

I have more posts to do in the future that respond to common objections. They’re in the works!