A few years ago, I used to enjoy watching popular political commentators debating or responding to questions from college students after speeches. I gained a lot from the videos because they provided me with new ways to think about complicated political issues. The arguments and responses I watched tended to include a barrage of facts and statistics.

That is all perfectly appropriate for debates, where your goal is to beat your opponent and move the audience. But when I tried to replicate that approach in my dialogues, it didn’t go as well as I had hoped. 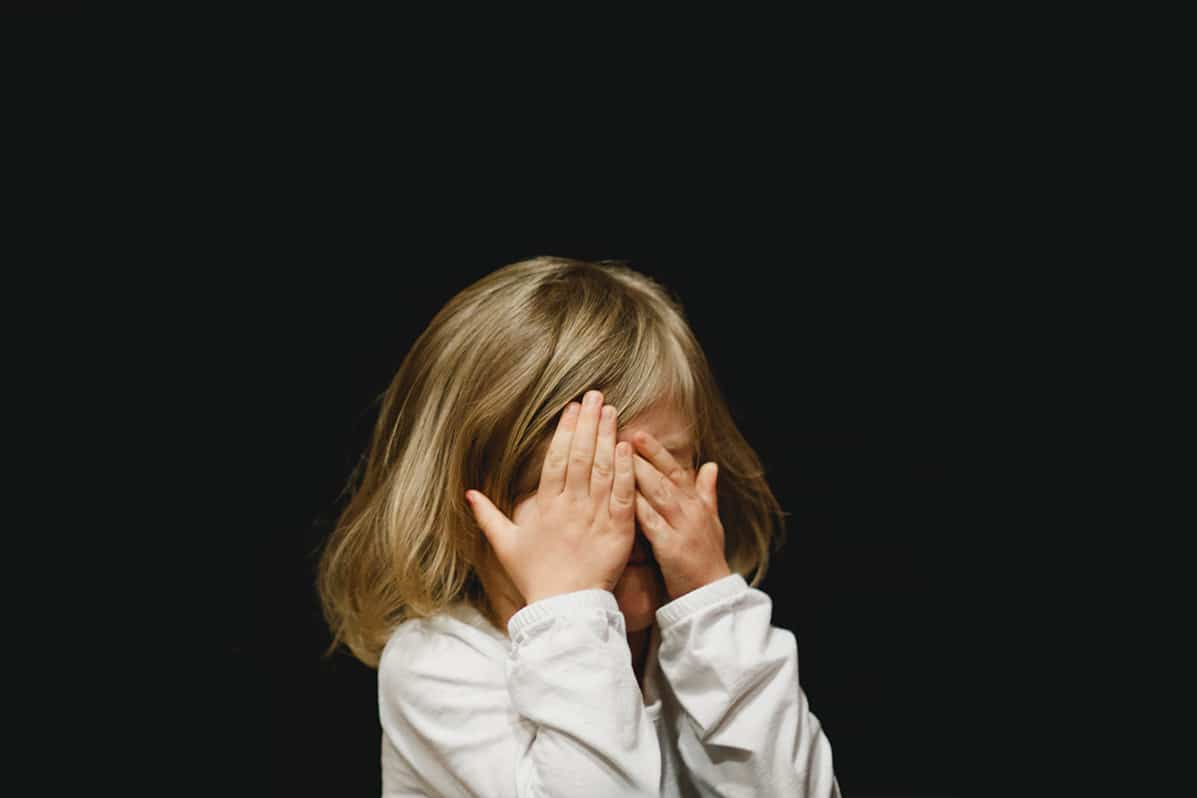 Responding to the Question of Rape

One day at work, I struck up a conversation with Jeff*, a coworker. It eventually turned to politics. He began by saying, “In some issues, I don’t care what people do, like in abortion.” I responded with, “Well, it’s not a casual thing, like an appendectomy; it’s the killing of a child.” To this, Jeff grinned widely and snarkily shot back, “Oh yeah? What about rape?” I immediately fired back, “That only has to do with less than one percent of abortions. What about the other 99 percent? Are you fine with those?” Jeff admitted that he was fine with them so I suggested we discuss those first.

Point for me, right? Not really. As great as it felt to turn this common and rhetorically charged objection on its head, I don’t see how it helped Jeff. I’m not sure he’d ever heard a good response to that objection, and I had just perpetuated that streak. Sometimes people bring up marginal cases because they think it will be a winning argument; they want to throw something difficult in your face so they don’t need to defend their own position. But that isn’t the only reason that pro-choice people ask about the question of rape. In fact, most of the time they ask this because they want to know if the pro-life person cares about people or understands the consequences of restricting abortion access for women. To them, as to us, abortion is a human rights issue, and you can’t get around questions involving human rights by responding that such-and-such issue only concerns a small minority of humans.

Now, in this conversation, I think Jeff was bringing up the question of rape to be a jerk and challenge me with a “gotcha question,” so I don’t blame myself too much for going with statistics. However, I think that responding to snark but assuming good intentions are hidden behind it can actually disarm the other person in a productive way. Another thing I’ve reflected on is that my “marginal case” response didn’t actually respond to his question head-on; instead, I turned the conversation to abortion more generally. I might have given him the impression that I don’t have a good response to that challenge. I don’t want people thinking that about my pro-life views. If we appear to have no answer for the tough cases, no matter how infrequently they occur, then they may think that we’re wrong on the entire issue.

I can’t help but wonder what his response would have been if I had faced his challenge head-on and given an articulate answer to the question of rape—one he hadn’t heard before. I would have still liked us to end up discussing the ethics of abortion more generally, but I think I might have gained more rapport if I had taken another approach.

An alternative answer might look like Josh’s response in his article Responding to the Question of Rape with Wisdom and Compassion. The most important thing he talks about is expressing our concern for the severity of rape, which is necessary whether or not anyone is around. Only then does he suggest some direct responses.

In another conversation at a tabling event, almost the exact same thing happened. This time with a student named Samantha*. Samantha is super pro-contraception and touts it as the easy fix to abortion. I brought up the same statistic, and she offered the same response as Jeff. She also explained how effective certain contraceptives are, and she was way more prepared to defend her position than Jeff.

Luckily, there was something helpful I did here that I didn’t do with Jeff. At some point, I said I have personal views on contraception that were not important to share, but that there was still an important question left to answer: “what happens when contraception fails, and you now have an unborn human embryo?” I noted how contraception did not answer that question, so it was worth discussing. That is when we went on to discuss her views on the legality of abortion.

We don’t live in a world in which contraception is a total solution to abortion; even if it was effective in 99.9 percent of cases, there would still be times when people would want to turn to abortion. When I started arguing about the statistics with Jeff and Samantha, I gave them the chance to make distracting claims without ever addressing the main issue, and this never gave me the chance to make the real arguments against abortion. With Samantha, the birth control discussion was even more distracting because it was an important topic to her. She took me down a deeper rabbit trail—one I was lucky to get out of. Now when this topic comes up, I am more intentional about bracketing it to the side so that the focus goes back to the heart of the issue.

Once Samantha and I were having a more focused conversation about abortion, she expressed her view that abortion should be illegal once there’s a heartbeat. However, she still had one concern about the consequences: the possibility of illegal, self-induced “back-alley” abortions where women might harm themselves.

With the intent of easing her worries, I argued that abortion was safer than she thought even when it was illegal. I brought up the statistic that Mary Calderone, former medical director of Planned Parenthood, gave in 1959: “the conference estimated that 90 percent of all illegal abortions are presently being done by physicians.” Her response was, “oh,” and the conversation ended soon after.

To this day, I’m not sure what she made of my statistic or what was going through her mind. There’s a part of me that wants to justify its use by thinking that perhaps it did answer her concern. But, it’s just as likely the numbers went over her head or that she felt like I misunderstood her or was changing the subject. What’s for sure is that it was not the most helpful thing I could have said.

I knew her concern was a valid one, but I thought all she needed was some clarity on the facts. I now realize that this concern is emotional—because we’re talking about women harming themselves—so I needed an emotional answer. The statistic was just a cold number, absent of human connection; that might explain why it just bounced off of her.

Instead, to better relate, I start by emphasizing my shared concern for women who die from abortion—whether legal or illegal. In ERI’s Back Alley Abortion Arguments in 5 Minutes video, Timothy Brahm talks about how to express this sentiment well and gives two other steps that I found helpful for responding to these concerns further.

This alternative response would have helped Samantha see that someone like me cares about women who die during abortions even though I think abortion is wrong and want it to be illegal. I think that would have been far more helpful in the development of her view than rattling off a statistic, even though it was a true statistic.

My primary takeaway from these conversations is that my friends and coworkers often haven’t had the opportunity to think deeply about abortion. When I blindly threw out statistics instead of a more helpful answer, it prevented them from grappling with the main issue.

Don’t get me wrong—we need facts and statistics to know the abortion landscape in our country and to help with the crafting of laws. If you’re having an educated conversation with someone, statistics are bound to come up, and they should. And sometimes an incorrect statistic needs correcting because it might be the main force in someone’s argument. The claim that abortion is 14 times safer than childbirth is a great example of this. But I’ve learned that statistics have a time and a place, and dialogues aren’t always it.

*Names have been changed to preserve anonymity.

The post Don’t Blindly Use Statistics in Dialogue originally appeared at the Equal Rights Institute blog. Subscribe to our email list with the form below and get a FREE gift. Click here to learn more about our pro-life apologetics course, “Equipped for Life: A Fresh Approach to Conversations About Abortion.”

The preceding post is the property of Aldo Gonzalez (apart from quotations, which are the property of their respective owners, and works of art as credited; images are often freely available to the public,) and should not be reproduced in part or in whole without the expressed consent of the author. All content on this site is the property of Equal Rights Institute unless the post was written by a co-blogger or guest, and the content is made available for individual and personal usage. If you cite from these documents, whether for personal or professional purposes, please give appropriate citation with both the name of the author (Aldo Gonzalez) and a link to the original URL. If you’d like to repost a post, you may do so, provided you show only the first three paragraphs on your own site and link to the original post for the rest. You must also appropriately cite the post as noted above. This blog is protected by Creative Commons licensing. By viewing any part of this site, you are agreeing to this usage policy.

Aldo Gonzalez is a sophomore at St. Norbert College, double majoring in Communication and Computer Science. He is involved with the college newspaper, writing pieces as an Opinion Columnist. Aldo also currently serves as the president of Knights for Life, the pro-life group on campus.