Trigger warning: This article may contain difficult content for those who have experienced sexual trauma.

A gruesome report on human rights abuses in North Korea was recently released. There are some things that pro-life people may be tempted to say about it that I think would be misguided.

Two weeks ago, Live Action News reported a story that I’ve been processing ever since:

“Yesterday’s United Nations Report on the human rights abuses in North Korea unveiled a level of depravity and cruelty unparalleled in modern society. The 36-page initial report and 372-page report of detailed findings also revealed the systematic murder and persecution of society’s most vulnerable – the unborn and the handicapped.”

The report graphically details how forced abortions are performed by beating the mothers, forcing chemicals into their vagina by hand, and/or using crude surgical instruments without anesthetic.

The entire report is difficult to read, but the part that stood out most was this horrific section:

“The vast majority of forced abortions and infanticide occurs against women who were repatriated from China, on the assumption that the woman is or could be carrying a child partly of Chinese descent. No inquiry is made as to the identity of the father, nor is any opportunity given to prove otherwise; pregnant women who may have conceived by a Chinese man are subjected to forced abortion as a matter of course, without exception. Where the pregnancy has progressed too far to allow for an abortion, or where the abortion attempt fails, the newborn infants are systematically murdered while the mothers are forced to watch, or in many cases, they [are forced to] kill their own children.” (My edit in brackets for clarity.)

It devastates me to read that and to imagine mothers, crying and begging for their babies to be rescued before they suffocate, only to be held back. I’ve read some truly horrific things in my life, things that I can never unknow, but this is one of the worst things I’ve ever learned. 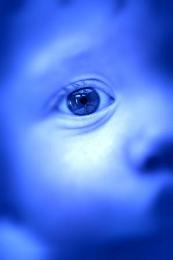 When pro-life advocates hear a story about infanticide, our ears perk up a little. Pro-life philosophers have made the case for decades that there isn’t a morally relevant difference between an unborn child and a newborn child. Pro-choice philosophers like Peter Singer, Michael Tooley, Alberto Giubilini and Francesca Minerva agree, but make the case that perhaps this just means that society should allow infanticide in some cases. After all, if a nine-month child in the womb is not morally different than a newborn, why kill one over the other?

If a pro-choice advocate is solely arguing for abortion rights based on the mother’s bodily autonomy, they have a way out of this dilemma, because bodily autonomy arguments don’t lead to infanticide. After all, the newborn is not inside or at all dependent on the mother’s uterus after birth, which changes the moral equation for this pro-choice advocate. They may believe the unborn doesn’t have the right to life while it’s inside the mother’s body, but that it does when it’s outside the womb.

But I don’t think pro-lifers should take what we learn from this report on human rights injustices and make statements like, “This is what we’ve been predicting all along,” or worse, “I bet people like Peter Singer would be fine with this.”

Let me make a few comments about people who don’t actually believe that infants have the right to life.

First, I can’t think of one person who would be neutral on what the North Korean government is reportedly doing. They could argue that, while the infant being killed is not a person, it’s still wrong to torture the mother by forcing her to kill her own child.

They could argue that, while the infant being killed isn’t a person, it should not be killed through painful means. North Korean guards sometimes lay the newborn face down on the cell floor so that it suffocates slowly and painfully.

They could argue that, while the infant being killed isn’t a person, it should be the parent’s choice whether or not infanticide should be committed.

How would I use this story in a conversation with a pro-abortion-choice advocate? I think it would be a good example of an obvious atrocity that’s egregiously wrong for multiple reasons that I can offer as a counter-example to hardcore moral relativists. If a moral relativist says he doesn’t like this story, I’m going to ask the same question I’ve heard Greg Koukl at Stand to Reason ask: “When you say you don’t like the sound of infanticide being performed that way, are you describing your personal feelings about it or are you describing the act itself?” Those are not the same thing. When I say that “rape is wrong,” I’m describing the act itself, not just how I feel about rape.

I’ve found that, while it can be very difficult to make headway with some relativists, telling stories about horrific atrocities like this can shock them out of that apathy, so that their conscience can trigger them into seeing what they should have seen all along: Some things are objectively wrong.

And if forcing a mother to drown her own child isn’t wrong, then nothing is wrong.

I encourage pro-life advocates to use stories like this one in conversation, but without strawmanning people like Peter Singer. I absolutely think Singer is wrong about infants, but I don’t think he’s an idiot, nor do I think he’s an evil strategist, plotting to make America more like North Korea. We should understand why Peter Singer believes what he believes and understand how his beliefs drastically differ from the North Korean government. Then we can speak knowledgeably with others when presented with an appropriate opportunity.

The post “It Doesn’t Get Worse Than This” originally appeared at JoshBrahm.com. Subscribe to our email list with the form below and get a FREE gift. Click here to learn more about our pro-life apologetics course, “Equipped for Life: A Fresh Approach to Conversations About Abortion.”