I have a great pro-choice friend who is both a careful thinker and very open-minded. I think we’ve exchanged about 100 emails to each other so far, and we’re far from finished. With her permission, I want to share with you a few questions she asked me this morning about getting angry, as well as my response to her. It gave me the chance to clear up a few common concerns and misconceptions that pro-life people have about my work.

I feel like kind of a jerk.  I was defending one of our mutual pro-life friends to some of his pro-choice friends and they were being really difficult. I ended the conversation by basically calling them idiots and saying that talking to them was a waste of time. I feel kind of terrible about it.  Have you had any similar experiences?  How do you avoid getting angry?

This was my reply:

I definitely think there are times where it’s time to graciously end the conversation. I spent about eight minutes talking about that here.

I haven’t seen the thread, but I’m proud of you standing up to pro-choice people defending a pro-lifer. I’ve definitely done the same, defending pro-choice people around jerky pro-lifers. For example, if I’m on campus mentoring new pro-life volunteers, and the volunteer is not listening to the pro-choice person or straw-manning their argument, I will step in and explain what I see happening, and give the pro-choice person a chance to re-articulate what they’re saying. There’s even been a few times where I’ve pointed out the problems with the pro-life persons argument. I’m going to publish a blog post that includes one of those stories soon. That’s pretty rare if I’m mentoring a volunteer on a college campus, even though I see volunteers making poor arguments often. It would just be overwhelming for them if I jumped on them at every opportunity. They’re new and they’re hanging out on a campus doing what practically NOBODY that calls themselves “pro-life” are doing: physically talking to pro-choice people. 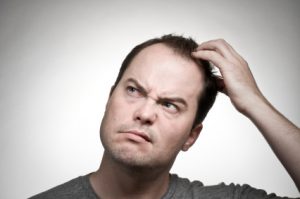 My pastor asked me recently about whether I get angry when people make logical pro-choice arguments, even arguments like Michael Tooley’s that permit infanticide. I responded that those arguments don’t make me angry, because the pro-choice person is trying to make a careful and consistent argument. I get more annoyed when I give a bunch of great arguments, the pro-choice person has no counter-arguments, and then says something like, “that was all very interesting. Well, I’m still pro-choice. Good bye.” That’s just intellectually lazy, and it does annoy me. But what REALLY ticks me off is when I see Christians being jerks. There hasn’t been a day in the last year or two of abortion-related work that has made me more frustrated and wanting to cry and yell then the events of this day.

Some pro-life people think that makes me unbalanced. I must be desensitized to the horror that is abortion. That’s partially true. Abortion doesn’t bother me now in a visceral way as much as it used to, and that’s legitimately a problem I have at the soul level. (Although a part of it is probably a good thing for my mental sanity doing this work.)

Anyway, my justification for being more upset by the members of Westboro Baptist Church than most of the people who work at Planned Parenthood is that I think Jesus might feel the same way. In the gospels you see Jesus treat sinners, especially repentant sinners, very lovingly and graciously. His harshest words and actions were leveled at the religious hypocrites of his time, the Pharisees and Sadducees

Christians should know better. We’re supposed to be like Christ, and there is nothing about Westboro Baptist Church that is like Christ. And it harms people. There are a lot of atheists that are far less open-minded than you are that are farther from even considering whether Christianity MIGHT be true because of Westboro Baptist Church and other Christians that have similar (albeit less extreme) attitudes towards people.

How do I avoid getting angry? I spend less time in places that aren’t conducive to good dialogue. If I only discussed abortion with YouTube commenters and Redditors, I would be more depressed than I am. While there are definite positives to online debate, I think face-to-face conversation will get you more bang for your buck. I love going to college campuses and talking to people that are interested enough to stick around and share their opinions with me. I love having lengthy email conversations with you, because you ask the toughest questions I’ve ever heard about the arguments I give. And frankly, I’ve not been around very many pro-choice people that are as thoughtful as you are. It’s like a breath of fresh air.

So it comes down to this. I have less time than I used to for one-on-one dialogue on a daily or weekly basis. So I’m choosing to spend as much of that time as possible with people like you online or through email, or with people face-to-face.

I’m genuinely grateful for your friendship.