“Don’t like abortion? Don’t have one!” We’ve probably all heard this evergreen slogan before from a pro-choice advocate. There are even shirts and bumper stickers for it. Just like “no uterus, no opinion,” it’s short, it’s snappy, and it can catch new or young pro-life people off-guard in how to respond. It’s a popular comeback I’ve personally heard many times when discussing abortion in-person or online. And it frustrates me to no end because it’s a terrible pro-choice argument. There are many far better pro-choice arguments that can be made, yet this is an easy go-to for many pro-choice advocates. It also frustrates me because by using it, the pro-choice person has revealed they not only have a fundamental misunderstanding of the pro-life viewpoint, but also that they are probably not interested in serious discussion—they are just seeking to shut down the conversation by pulling out this slogan. 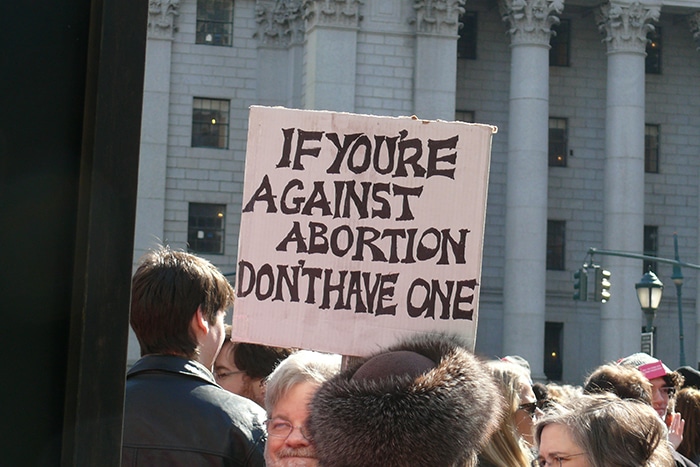