I was talking with a Life Report fan recently about one of her family members who claims to be pro-life, but doesn’t care very much about abortion. I suspect this is a relatively common thing and can be very confusing for pro-life people who believe that the unborn child is fully human and worthy of legal protection. I offered her four possible explanations why somebody who claims to be “pro-life” may not care about abortion very much. I suspect that you know at least one person that would fall under each of these categories, and I want you to have some tools for engaging each of them. I’ll cover the second reason in today’s post.

#2: She is pro-life but thinks that other social issues are more important than abortion

I don’t need to defend the fact that there a lot of issues out there that involve innocent people being hurt. Human trafficking, teen bullying and racism are just a few of them. As I briefly argued in part one, (and there’s much more that could be said about this,) not all issues deserve equal amounts of resources. 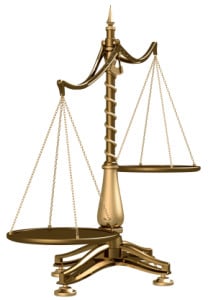 I told a story where because of the situation (debating capital punishment as a lone Protestant speaker in front of a large Catholic audience in a Catholic church) I chose to make a purely quantitative argument about the number of people killed in abortion far outweighing the numbers killed with capital punishment. But there are more aspects to consider when weighing the moral gravity of a harmful act, and many of them would fall under a qualitative category of how much harm is being done to the victim or victims.

When weighing two issues, start by assessing the harm done to the victim in each case. Throw away the numbers and just consider the two single cases. For example, an act of rape is clearly more harmful than an act of mild teen bullying. I just made a qualitative assessment, and if rape also happens more often or to more people, than it seems like that’s a pretty open and shut case about which issue should be fought by more people and/or resources.

I could imagine hypothetical scenarios where somebody learns about teen bullying and finds that there are 50 organizations fighting rape and zero fighting teen bullying. Maybe that person should start the first organization to fight teen bullying. I think some work should go to fight ALL of these issues. I simply don’t think they are all equal.

How would I defend my view that abortion is easily in the top three issues as far as where the most resources should go? I think there are certain things about abortion that make it uniquely evil. For example, but not limited to this list:

Again, I’m not saying that 100% of resources should go to one issue. I merely think that some issues should be fought by more people and resources than others.

Scott Klusendorf makes a good point in his 2008 post, “War Worse Than Abortion?”

Generally speaking, I think abortion and sex slavery are the two worst things that I know about. I’m really glad that there are lot of organizations activating people to fight sex slavery, partially because I had to learn a lot about it last year while creating a new campus outreach dialogue tool, and the more disgusting things I learned about what actually goes on, even in my own city, the more a deep part of me becomes angry at the rapists and pimps and sad for the victims.

Here’s the point. If I’m right about the unique evil of abortion and sex slavery, it shouldn’t be that hard to defend that view to somebody who thinks deforestation is more evil.

Dialogue Tip: If your friend cares more about a certain issue than abortion, ask her about that issue she cares about. Ask her some questions about why she feels so strongly about it, and with her permission, compare and contrast that issue with abortion. Help her to understand why you think abortion is more evil than most Americans think it is. Then join her at an event related to the issue she cares most about, and invite her to a local pro-life event as well. I think you’ll both learn a lot about both issues, and become closer friends as well.